How to Play UFO Assault in Arcade Paradise 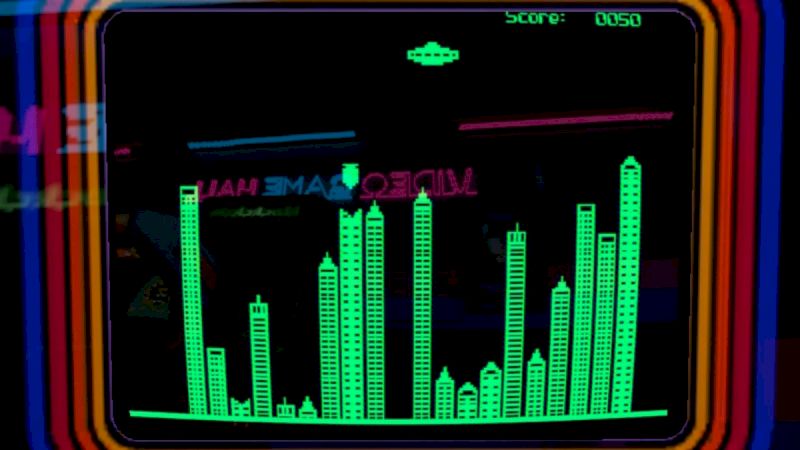 Nosebleed Interactive made sure to pack a lot of really great retro-inspired games into its latest title, Arcade Paradise. Bringing its name to truth, this title manages to include 35 different arcade cabinets, each having its own unique method of gameplay. Though there is a clear inspiration from old titles in most, the originality and unique approach make them totally different than anything you’ve played.

One of those great games that, while looking completely mundane, actually has some complexity to how you’ll need to play in order to succeed. Today, we’ll explain how to play UFO Assault so that you have a better understanding of how it works.

When it comes to getting your hands on UFO Assault in Arcade Paradise, it’s actually one of the very first titles you get to start playing. It’s a truly archaic-looking arcade title, with many elements of the retro games it’s emulating built into the fibers of its being. The games it really seems to capture in its homage are Galaga and Space Invaders, only, this game has a twist. Instead of these invaders moving slowly towards you as you aim to gun them out of the sky, you’re the invader moving slowly towards earth.

UFO Assault places you as the player in a UFO that slowly goes from the left side of the screen towards the right, eventually looping back again. Every time you loop back from the left again, your ship will come down lower and lower towards the bottom of the screen. This part can impact you as your goal is to drop bombs from your ship onto unsuspecting buildings. The problem is, as you continue to move lower and lower in the sky, you run the risk of hitting one of these buildings if you don’t manage to destroy it in time. Hitting a building results in an instant kill and you’ll have to start from scratch.

Buildings both big and small are destroyed in chunks and it could very well take two or even three bombs to take out a larger one. I found that timing the drop of your bomb when your ship is perfectly in line with your target is going to be your best chance of landing a hit. Going with physics and the like won’t work here as, because this game is meant to be archaic, those laws do not apply.

But that’s all there is to playing UFO Assualt. The game doesn’t really offer many levels as it’s really just the same thing over and over with your score carrying over with you.

Related: How to Play Racer Chaser in Arcade Paradise