How to Play MultiVersus 1v1 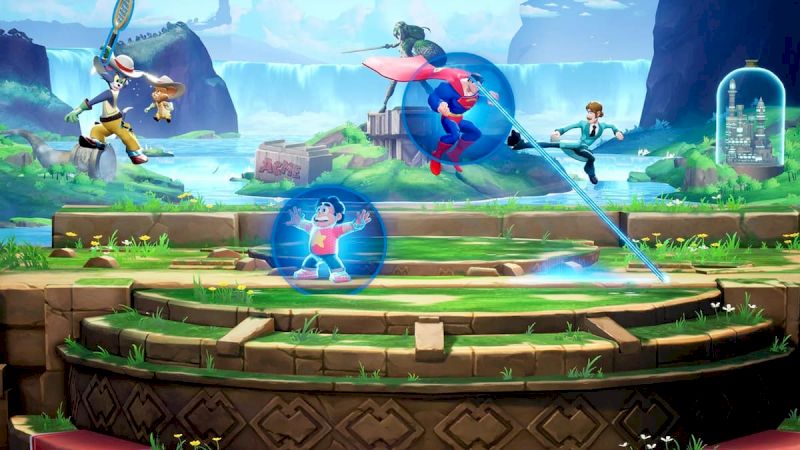 With MultiVerse primarily being a 2v2 fighter you may think at first glance that it doesn’t have a set mode for 1v1. The game’s focus is mainly on teamwork and using characters to create exciting combos and yet you still have the option to fight alone. Here’s how to set up a match so you can take on others alone.

How to Play MultiVersus 1v1

This isn’t as straightforward with its UI as other brawler-type games but it is most certainly a feature and it isn’t as easy to access as the main game modes. This may change in the future as the fighting game community has a big interest in MultiVersus with its large roster of characters, interesting gameplay, and roll-back net code.

Picking Your Character in a 1V1

Another thing that needs to be known is that not all the characters are built to handle 1v1 matches. Reindog is an example of a character that would really struggle on their own. Being built around supporting the second player. The Iron Giant is slow and sluggish so without another player to take the heat away, he never gets in enough hits to win a match. They do well in 2v2 but aren’t built to handle a solo round.

Better picks would be like Jake the Dog whose long-reaching attacks keep the other player away. Without the backup of a second player, he can easily zone off other characters. Often straight off the stage. Another is Shaggy with him being a good middle-of-the-road character. Being the Ryu or the Mario of this game means this character is easy to learn and grasp, making him perfect for this solo experience.