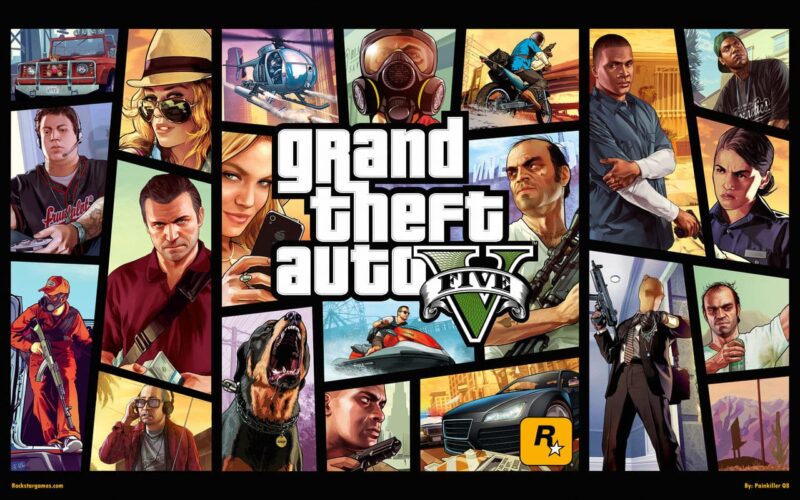 Grand Theft Auto V is about to end its seventh year. Although this game has been on the market for so long, there is still a healthy GTA online community. One of the main reasons for the game’s loyal concurrent player base is the existence of the GTA RP server. These servers allow people to enjoy a completely different gaming experience in Los Santos.

Players can choose to be whoever they want in the city instead of playing one of the main characters in the story. People can choose to be a policeman, a gangster, a police officer, a businessman, and then continue. This guide will cover all the information players need to know about the RP server in GTA V.

Joining a Server in GTA RP

The process of joining one of the best GTA RP servers may take some time. Many popular servers have limited open space, and not everyone is free. For example, nopixel servers whitelist a limited number of players every month. To join, people will need to find their Steam(Hex) ID. Players can retrieve it through Steam or one of the many ID lookup sites. Players are not allowed to enter anything other than their username on any website that acts as an ID locator.

Players can then shop around to see which site server they want to join. FiveM, RAGE.mp, The Family, nopixel, eclispe RP, and Mafia City are a few popular examples. There are dozens of different options, so players are encouraged to conduct their own research. However, insisting on using these well-known sites is definitely the safest way.

The main problem when trying to join a server is high demand and low availability. In order to help others, most sites will give priority to applicants who provide small donations. Unfortunately, no donation can guarantee enrollment. Sites like nopixel can only reserve places for donors, and sometimes this is the only way to get a “whitelist” or approval.

RP’s servers are managed and monitored by individual website, and those who join them will be bound by its specific guidelines. It is a good idea to read the guidelines and rules before proceeding with the application process. Most people don’t want to play certain rules on the server, they think the rules will hinder their gaming experience as a player. Likewise, by blatantly violating rules or freeing them from ignorance, administrators may remove people who frequently violate them from the server. This is especially unfortunate for those who have to donate to participate.

How to play on RP Servers

Most servers follow some basic rules. The first one refers to killing other players. Killing someone on the server without a valid reason usually results in a ban. The police can kill the thief with a gun, but it is forbidden to shoot at the merchant for no reason.

Obviously, the rules vary from server to server, but this is a general rule. Most servers also have rules to prevent characters from behaving abnormally to people in specific occupations. For example, bank tellers are usually not prostitutes.

Relying strictly on external information is another crime. This is because it provides an unfair advantage to players who do not communicate through the server. The RP server tries to adopt the role of the character and play the game like an imaginary character. The strictness of the rules varies from server to server, but most of them have some form of the above rules.

Those seeking role-playing experience will appreciate the level of detail and planning required to run a successful server. Of course, for those who want to return to the five-star crime spree that GTA V is famous for, the basic game is always there.