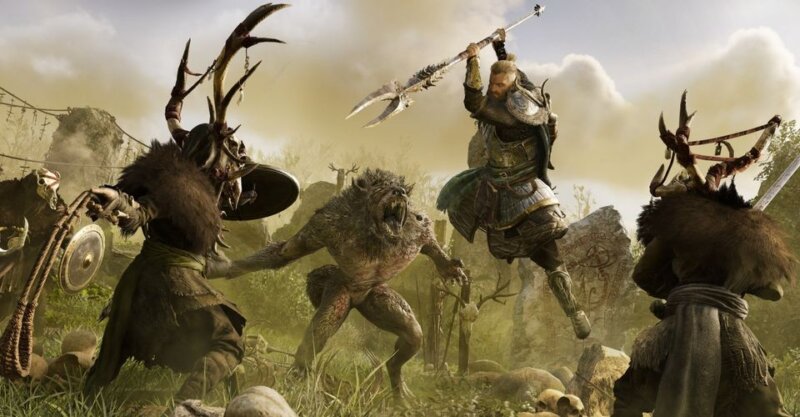 Since the game’s launch last year, Ubisoft has been providing a steady stream of free content for Assassin’s Creed Valhalla, but this week marked the arrival of the game’s first proper expansion. It’s called Wrath of the Druids and it takes the player on another epic adventure, this time to the dense countryside of Ireland.

After starting the Irish trade mission, you must complete the introductory mission before you can reach Ireland. It takes 10-15 minutes to complete this process, depending on whether you loot everything or not.

When you get to the dock, you will meet a character named Azar, who seems to know Haytham. They will explain that they have received a letter from the King of Ireland to Eivor, who appears to have recognized the Wolf-Kissed in some way, but sadly they lost this letter in the shuffle.

Haytham suggests that they establish a trading post for Azar in Ravensthorpe; this is important because it will eventually cause you to launch the Druid’s Fury DLC. The only problem is, unless you clear a blockade, Azar won’t be able to trade. So head to the River Nene location.

Go to the Nene River with your crew and you will find the blockade. One to north and the other south. Right now, you can raid both camp blockades, or if you’re willing to do it yourself, that’s an option too.

Once you set fire to all the facilities in the north and south blockade field, use Odin’s Sight to help you find the building that needs to be illuminated, you must return to Ravensthorpe and speak to Azar again.

Azar will owe you a debt, and then after many Eivor requests he will prove that the King of Dublin is actually your cousin and they want to contact you and welcome you here on the Irish coast. At that point, time will pass and you will come across a new and improved Irish outpost.

At this point, Azar will tell you more about your cousin and ask if you are going to Ireland. After choosing the option, you will row to Ireland. Here the story for Assassin’s Creed Valhalla: Wrath of the Druids will really begin. Players will start in Dublin, but if they choose to leave the city walls immediately, they will be able to move freely in Ireland.