How to Get All New Dragon Ball Fortnite Skins: Goku, Vegeta, Bulma & Beerus 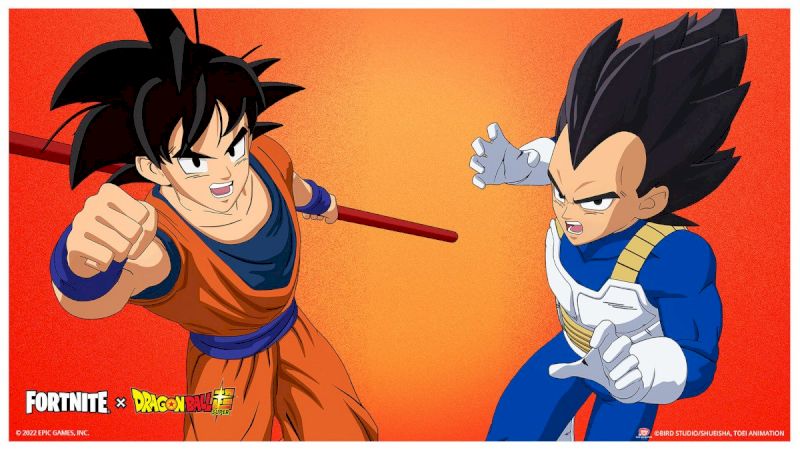 It’s true what they say: you either die already a member of the Smash roster, or you live long enough to be invited to Fortnite. Son Goku, the iconic protagonist of the Dragon Ball franchise, is dropping into the Fortnite Island, and he’s bringing some friends. Vegeta, Bulma and God of Destruction Beerus will also be present for this Spirit Bomb of a collaboration. Here’s how to get each of the new Fortnite skins.

I wish I could tell you there was an in-game method to unlocking these skins. I wish I could tell you that. But, as with most Fortnite collaborations, the best (and only) way to play as these quintessential anime characters … is to buy them in the Fortnite Item Shop. It would appear that you can purchase characters individually, or in two-character bundles. Goku and Beerus have a bundle, as well as Vegeta and Bulma.

The Goku and Beerus bundle comes with the following items and costs 2,700 V-Bucks.

The Vegeta and Bulma bundle comes with the following items and costs 2,300 V-Bucks.

There’s also a Dragon Ball Gear Bundle that costs 1,800 V-Bucks and comes with the following items:

Or, if you’d prefer to buy them individually, Son Goku can be purchased for 2,000 V-Bucks, Beerus for 1,500, Vegeta for 1,800, and Bulma for 1,200 V-Bucks. There are several other themed inclusions, such as a series of quests to earn the Shenron glider and Versus Boards to test your skills against an opponent. You can also visit the iconic Kame House off the coast of the Fortnite Island, where you’ll find Bulma. Sacrifice some of your bars and she’ll offer some powerful items to give you a leg-up on the competition.

Related: How To Get the Fortnite Llama Skin

Also, from August 16 to September 17, anime fans can board an in-game cruise ship and chill out whilst watching episodes of Dragon Ball Super! In any case, it looks to be an explosive summer celebration on the Fortnite Island! Stick with Gamer Journalist for more on this event as it progresses.