How to find Glow Squid in Minecraft and Ink Uses 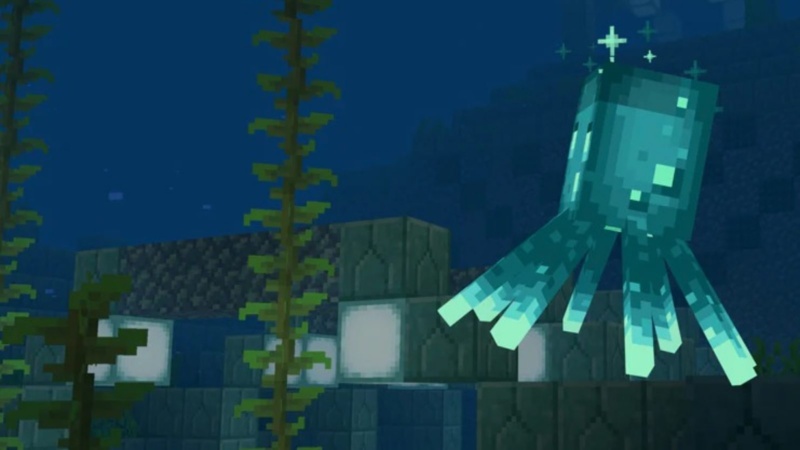 In the new Caves and Cliffs update of Minecraft among the many new additions, Glow Squid was added. Glow Squid can be found in generally in lush cave and swamp biomes. They move similarly to the ordinary species, but their appearance distinguishes them. Glow Squid are brilliant green and emit green sparkles.

Because it is a passive mob, it will not attack you so you do not need to be afraid from it. They spawn in groups of two to four near the block base_stone_overworld tag that can be stone, andesite, diorite, deepslate, tuff, or granite and is fewer than five blocks below the spawning location.

After being killed, a Glow Squid will drop one to three Glow Ink Sacs. You can increase the maximum potential amount drop by Looting enchantment.

These new Glow Ink Sacs can be used to make some fascinating products. The first are Glow Item Frames, which can be made in a Crafting Station by combining an Item Frame with a Glow Ink Sac. Glow Item Frames are visible in the dark despite the fact that they do not provide any illumination.