How to find Copper in Minecraft and its uses 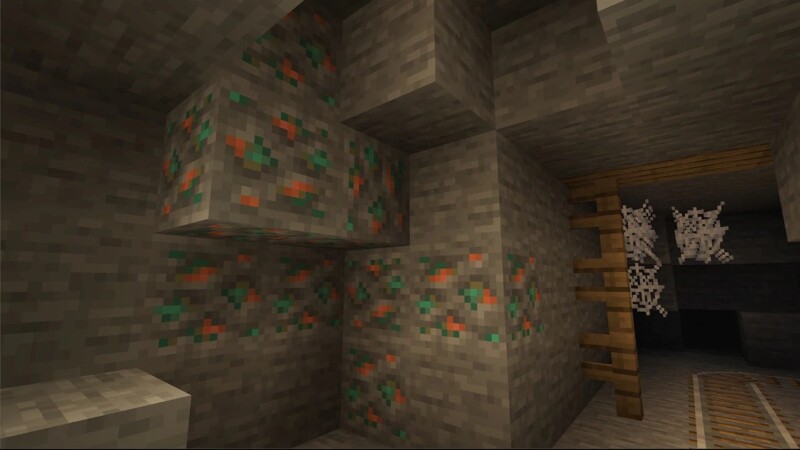 Copper is a resource obtained by mining copper ore blocks. Each piece of copper ore you mine will produce 2-3 raw copper, which you can smelt into copper ingots in a furnace. Copper ore blocks are generated in veins like iron ore, and can appear in any biome. Copper is most commonly found at Y-Level 47-48, but you can often find it at almost any depth below sea level (Y-Level 64).

Copper ore can also appear in the Deepslate at the bottom of the world, although this is relatively rare, and the block will become a Deepslate Copper Ore. However, it can still be mined like ordinary copper ore blocks. Once you’ve found a vein of Copper Ore, you can mine each Copper block with any stone pickaxe or higher quality. It is a good idea if you have a fortune enchanted pickaxe, as this will increase the amount of raw copper you get from each square.

Copper block is a versatile and interesting decorative block. First of all: it will rust over time, which in Minecraft simply means that it will appear turquoise green over time when exposed to the air. The block itself has gone through 4 different stages: the regular stage, the exposure stage, the weathering stage and the final oxidation stage. Each stage reduces the orange hue and increases the greenness.

You can use the axe in any of these partially rusted variants to regain a level (for example, from rust to weathered). You can also create a waxed version of any copper block by combining any copper block with the honeycomb in the craft window to prevent this rust effect. Using an axe on a waxed copper block will change it back to a normal copper block.

Finally, you can put 4 copper blocks in a 2×2 grid to make a cut copper block, just like a Copper version of the Stone Brick Block. These cut versions can also be oxidized and waxed as described above.