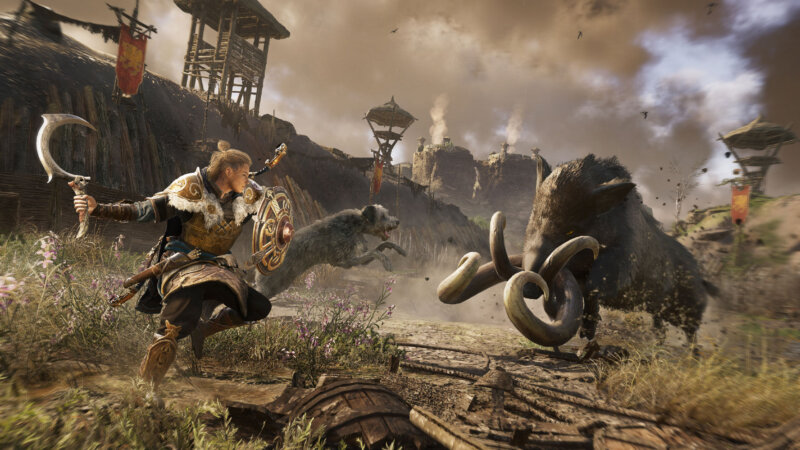 Assassin’s Creed Valhalla’s first major DLC gave us a new story about the Celtic Druid. This time, Eivor went to Ireland to help High-King Flann Sinna unite the four Celtics fighting as one Irishman. Along the way, you will reveal the mysteries of the druids and even meet a romantic character, Ciara.

If you’re looking for the ultimate boss guide, you’ve come to the right place. Otherwise, stop here to avoid big spoilers. Okay, with that being said, let’s examine how to defeat Ciara’s final boss battle in Assassin’s Creed Druid’s Wrath.

To defeat Ciara in the final fight of AC Valhalla Wrath of the Druids , you must first tackle and fight to make her stagger and run out of strength. Ciara’s behavior is the same as that of the three witches. She does not rely on typical hand-to-hand combat, but rather teleportation and summoning.

After the sons of Danu are defeated, the committee intends to conduct an investigation to determine whether innocent pagans will convert to Christianity or face extinction. Ciara, a powerful warlord, was shocked by the severe measures taken. To take revenge, she intends to use Lia Fáil, the stone of destiny, to unleash anger. She escaped the scene using a smoke bomb on Eivor.

Once the Great King awakens you, follow Ciara to Mount Tara. Flann Sinna will try to reason with Ciara. However, Ciara angrily summoned many mind-controlled Flann Sinna troops, and you must defeat them. This will be a multi-stage boss fight. So, make sure you have enough supplies, skills, weapons, and armor to help you replenish your health and stamina meter.

After the guards are defeated, Ciara will inhabit Flann Sinna. Now you will face the High king in a one-on-one duel. Try to avoid slowing down with your big sword. You can also plan your block and parry to deplete his protection bar and attack him. If you empty Flann Sinna’s health, Ciara will appear.

Although this is a boss battle, you can still hit Ciara with grappling hooks, tackles, and other similar abilities to counter her actions and hurt her. This is a great way to get some free damage when you can’t break through her aggressive combo. Sometimes circles of green energy appear on the ground. These situations must be avoided at all costs.

When you stand in them, you will take less damage, but when they break, they will cause you great damage. Ciara’s preferred method is to teleport to you and attack from there. When she is ready to teleport, it will flash green and she usually jump. To know when to avoid it, use these tips.

Ciara has two arrow weaknesses, one in her arm and the other in her back. On arm it should be easy to shoot, while the back one is more challenging. Wait for one of her movements to make her lean slightly and turn around. She is a melee fighter who uses multiple hit combos against you. If you don’t use the slow dodge capability to get some points for easy hits, then you will be in defensive mode in most games and will make way for a while.

The stun attack you get will not kill you immediately, but will deal significant damage. Keep the above attack methods and techniques in mind so that you can defeat the final boss immediately.