How Do You Get Shiny Palkia in Pokemon Shining Pearl? Answered 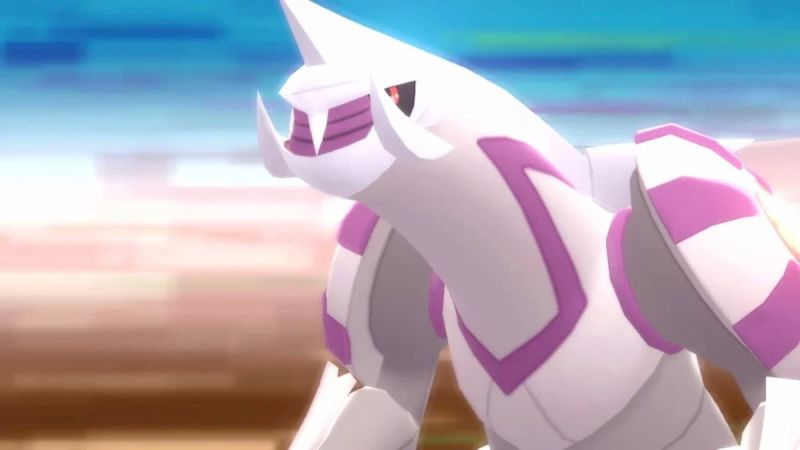 Everyone loves a good o’l legendary Pokemon to add to their collection. You become God like when you can brag to everyone that you’ve acquired every Pokemon in your game. Palkia, the legendary Pokemon is one of those legendaries that you just need to have on your team. Palkia was introduced to the Pokemon world during the Gen 4 era and is considered the creator of space. Palkia rules over the world, so it makes sense, people want to know how to capture it. We have the answers, so look no further! Here’s how to capture a SHINY Palkia on Pokemon Shining Pearl.

First off, what are shiny Pokemon? Of course, it’s easy to find any legendary or random Pokemon hidden in the grass. A shiny Pokemon is different from its original counter part. Shiny Pokemon are Pokemon that are rare to capture. There are a few methods to get a shiny Pokemon that include breeding & chaining Pokemon of the same species. Typically, you want to capture the same species of Pokemon in a chain until a shiny pops up. You’ll know they’re a shiny due to their coloring and sparkles surrounding the Pokemon during battle. You thought catching them all was easy? Try catching only shinies and then come talk to us.

How to catch shiny Palkia on Shining Pearl

There are two methods to try to capture a shiny Palkia. This includes the storied event and the post elite four. The first method trying to capture a shiny Palkia will require you to reach the 7th gym leader and go into battle with him. After defeating the gym leader you will reach a cutscene where Palkia will reveal itself. This is IMPORTANT!! Make sure you save your game before engaging in a battle with Palkia because you’re going to want to keep soft resetting numerous times until you get a shiny Palkia. There’s a 1/4096 chance you will get a shiny, so, keep on resetting!

Next, we’re going to talk about the second method once you’ve defeated the elite four and champion. When you beat the elite four and champion you’re going to want to use your shiny charm you get once you finish beating them. Head over to Spear Pillar where you’ll find Palkia hanging out at his usual respawn location. Now that you have a shiny charm your odds of getting a shiny Palkia are greatly doubled! We recommend using this method since it won’t take as many tries as the previous method. Just save your progress before the battle and keep soft resetting your game until a shiny Palkia comes your way.

That’s it! Easy, right? Now for the ultimate Pokemon challenge. Try capturing all shiny Pokemon the next time you play Shining Pearl. If you want more tips & tricks for everything Pokemon keep following Gamer Journalist! We post daily news on upcoming and new games, guides, & codes that are always updated.

Related: Will There Be a New Ultra Warp Ride Minigame in Pokémon Scarlet & Violet?