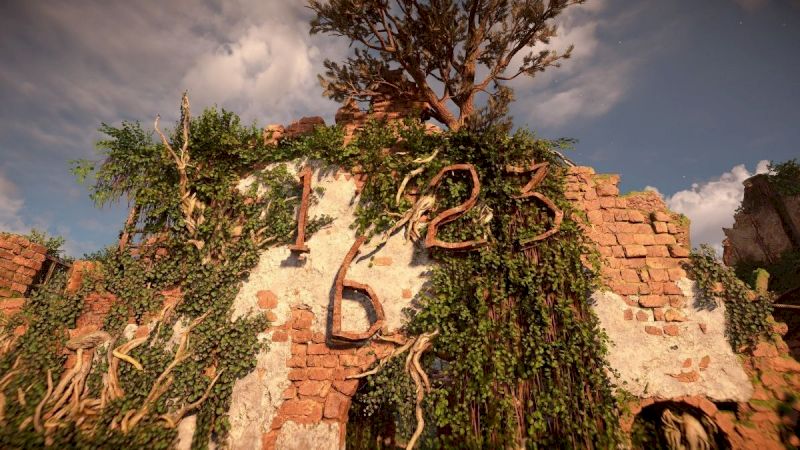 You’ll find a heavenly artefact deep inside the ruins of the Restless Weald. To begin, though, it is worthwhile to go through a series of riddles in order to obtain the relic. You will succeed because of your cunning and knowledge. This is how you complete the Restless Weald Relic Ruins quest in Horizon Forbidden West.

These ruins may be found on the map northwest of Plainsong. You may easily reach the scenario by leaving Plainsong. A quest giver in Plainsong may also offer you a mission to search out the ruins. If you need help figuring out what’s going on, use the map above as a guide.

Head into the centre of the planet once you’ve arrived at the ruins. A placard in a tucked-away covered area states that the code you require is the year the building was constructed. To get to the second storey with the closed door, use the climbing area on the opposite side of the wall. Following the closed door, there is another note claiming that the code is on the building’s outside.

Run around the building looking for the code. The code is 1923, despite the fact that one of the numbers has dropped. Now that you’ve obtained the code, it’s time to obtain the key item. Find the train car by walking around the building. Push it along the tracks to the switch observer. Use the switch to direct the cart along the straight path. Push the cart all the way to the climbing area outside the building. Climb to the second floor and use the rope to go around to the platform containing the key.

Return to the closed door and utilise the essential item. After that, enter code 1923 to complete the entry. Use the zipline on the other side of the door. You’ll see some Firegleam on the wall as you land. To blow it up, use the Igniter. You’ll see that the preparation tracks lead into the building.

Return to the outside and guide the preparation cart back to the switch station. To return the observe to the curved half, use the switch. Push the preparation waggon into the building. Finally, climb up on the train carriage to get access to the second floor, where the relic is located.