Top 15 Items for Survival in Dead by Daylight 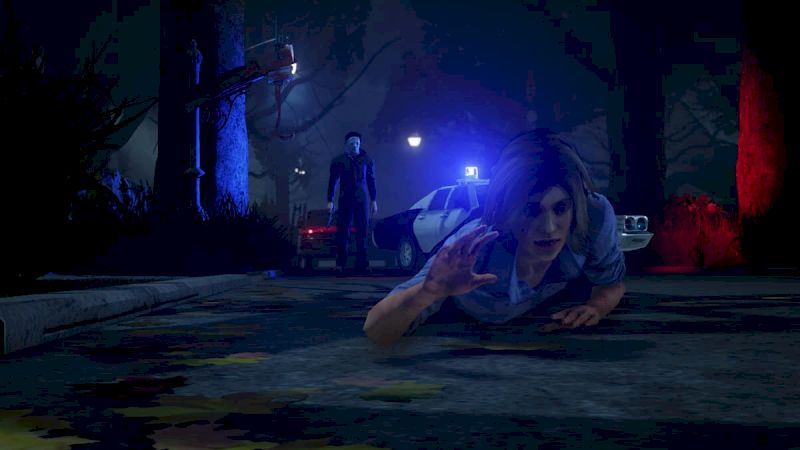 This toolbox is essential for anyone trying to repair the generators as quick as possible. Unlike some items on this list, this toolbox is a pretty common item in the game; if you need a good toolbox fast, this one won’t be too hard to track down. This toolbox increases your generator repair speed by 75%! This item also unlocks the sabatoge action in the game.

There’s no questioning the effectiveness of medkits in this game, but the Emergency Medkit is definitely more useful than most. This medkit is a bit rare, but it’s still not too uncommon to see in the game. This medkit increases your personal healing speed by 50%, and increases your altruistic healing speed by 50%! The Emergency Medkit, when used, also unlocks the self-heal action in the game.

The Rainbow Map can easily be classified as one of the most useful items for survival in Dead by Daylight. Even if you’re not fond of maps in Dead by Daylight, you have to admit that the Rainbow Map is beyond useful in the game. The Rainbow Map is very rare, but any player lucky enough to stumble across it gets a major boost in their chances of survival. This map marks the locations of 3 random items, which could include chests, generators, or even totems! This incredible map also gives you the locations for any escape hatches, door locks, and generators.

Firecrackers are definitely an underrated item in Dead by Daylight. The creative possibilities of these items are endless! Firecrackers are small, explosive items wrapped in heavy paper casing that can be used in numerous useful ways. Firecrackers can be set off near a killer to create a distraction, or can even be used to temporarily blind your attackers! They can also just be used to celebrate, if you feel enthusiastic enough about winning.

This toolbox may be less advantageous than the Engineer’s Toolbox, but it’s much easier to find in the game. This toolbox is much more common in Dead by Daylight than other toolboxes, so players have a much higher chance of obtaining it. The Commodius Toolbox, in addition to having a truly sick name, increases your generator repair speed by 50%! In addition, this toolbox also unlocks the sabotage action in the game.

The Flash Grenade isn’t as well known as other items on this list, but it can prove to be extremely beneficial to any player who holds it. The Flash Grenade is both a craftable item and a limited item that detonates with a loud bang and multiple flashing lights. This hefty grenade can be used to momentarily blind your enemy, or it can be used as an effective distraction to get the killer off your back. Either way, you need to get away from a killer in a pinch, the Flash Grenade is the item to use.

Not many players realize the hidden effectiveness of the Broken Key. This key is one of the most underrated items in Dead by Daylight, but it can actually prove to be exceedingly useful in any game. While this key is unusable on its own, this key can prove to be essential when combined with the right addons. With the right addons, this key can effectively be turned into a map; it can be used to locate markers all across the map, including generators!

Flashlights may not be the most popular items for survival in Dead by Daylight, but, if used correctly, they can get you out of a lot of tight spots in the game. The Sport Flashlight has a 20% better aim than the standard Flashlight, so it’s perfect for anyone who sucks at aiming under pressure. This flashlight can be used to light up any dark areas in the game, which can be extremely useful for avoiding traps! Almost every area in Dead by Daylight is dark, who wouldn’t want a handy flashlight?

Everyone who has played Dead by Daylight can attest to the effectiveness of the First Aid Kit. This item is very common in the game, which just makes it all the better and more useful for players. The First Aid Kit is a classic item that boosts your altruistic healing speed by 35%! Additionally, this kit unlocks the self heal action within the game. You don’t want to be caught without a medkit in Dead by Daylight, so it’s a good thing these First Aid Kits aren’t rare!

Alex’s Toolbox is one of the best items for survival in Dead by Daylight. Any toolbox is good to have in Dead by Daylight, but Alex’s Toolbox comes with a few additional benefits. This toolbox only offers a 10% increase on generator repair speed, but offers a whopping 50% increase on hook sabotage speed! This item is perfect for survivors who find themselves stuck with an unusually proactive killer. If you want to stop the killer in their tracks and aid your teammates in the process, you need Alex’s Toolbox!

The VHS Tape is a lesser known survival item in Dead by Daylight. This limited item can only be found and used in a trial and can be extremely useful for anyone carrying it! This limited item can be retrieved from TVs and increases condemned progress by 1 stack. This item can also grant the ability to turn off other TVs and can be inserted into another TV to spread the Onryō’s message.

Flashlights in Dead by Daylight are a lot more useful than many people give them credit for. The Utility Flashlight is similar to the standard Flashlight, but its function proves to be a lot more beneficial. Although this flashlight’s aim accuracy isn’t as good as the Sport Flashlight’s, it offers an increased beam brightness of 30%! The Utitlity Flashlight can also blind your enemies for a 15% additional duration!

Although keys aren’t very useful by themselves, they can prove to be very beneficial when combined with the right addons. When paired with the correct addons, keys can be essential for the success of any Dead by Daylight game! Keys can be used to read the auras of other players and can even be used to open the escape hatch when it spawns! If you’re trying to escape the killer as soon as possible, you need to invest in some keys in Dead by Daylight.

Related: Dead by Daylight May Be Adding Stranger Things Villain as New Killer