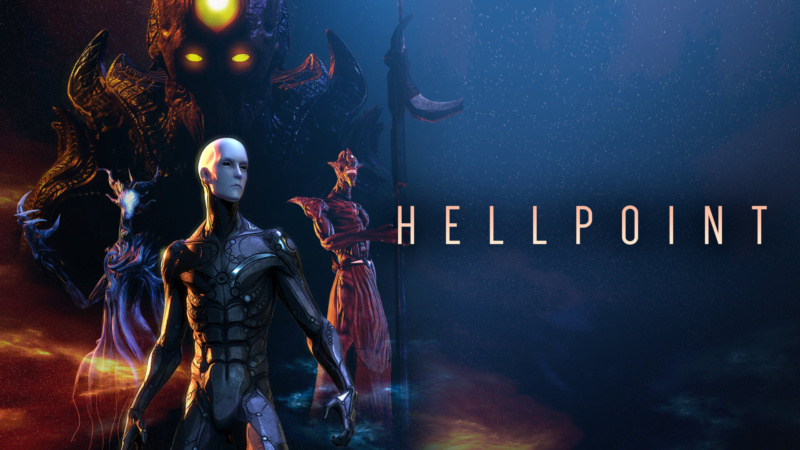 Hellpoint is an action role-playing game developed by Cradle Games and published by tinyBuild, released on July 30, 2020. The player takes on the role of a nameless humanoid stranded on derelict space station Irid Novo, and must battle vicious creatures in order to solve the mystery behind the events that happened there. Irid Novo orbits around a massive black hole; the station’s position in relation to the black hole affects the strength of enemies.The PlayStation 5 and Xbox Series X/S versions are slated to release in 2021.

In Hellpoint, the gameplay revolves mainly around combat. The player has both light and strong attacks in their arsenal, as well as an evade mechanic. The game progress can be saved at breaches which do not resurrect foes as they respawn after a certain amount of time. Up to two healing injections can be stored. The healing gauge is refilled by dealing damage to monsters. The game relies heavily on exploration, offering a number of secrets to discover. They may be hidden behind secret doors or in seemingly inaccessible places that can be reached by utilizing the jump mechanic.

Significant bugs, performance issues, and an almost entirely unoriginal foundation hold Hellpoint back from greatness, but the creepy atmosphere and satisfying combat progression manage to salvage some enjoyment for this sci-fi Souls-like.

Imagine dark souls but this time you have a dedicated jump button and it`s not medieval nor urban fantasy. love me some deep space horror