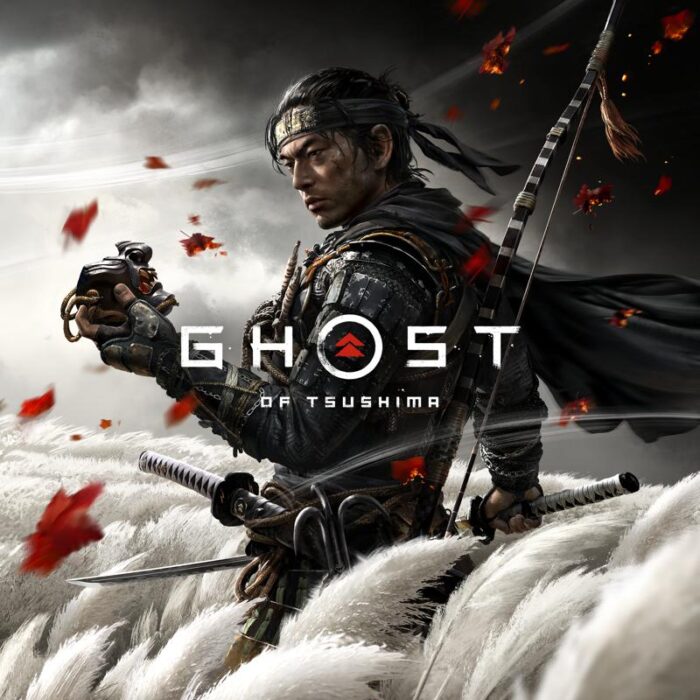 Ghost of Tsushima is an action-adventure stealth game played from a third-person perspective. Featuring a large open world, there are no waypoints and can be explored without guidance. Players can travel to different parts of the world on horseback. An item that acts as a grappling hook is available to access difficult to reach areas. The game features side quests and non-playable characters with which the player can interact.

Players can engage in direct confrontation with enemies using weapons such as a tachi, which can also be used to chain up a series of fatal strikes after highlighting specific enemies. Alternatively, using stealth allows to evade enemies and strike them silently with tools such as firecrackers to create distractions, smoke bombs to disorient alerted foes, and kunai for striking multiple enemies. One-versus-one dueling with non-playable characters is optional. Unlike most other games, the highest difficulty, “Lethal”, is not a difficulty in which enemies are especially difficult to cut down. Rather, it is a more realistic mode in which the player and enemies do massive damage to each other, with all non-boss fights ending in 1 or 2 successful cuts. This has been praised by various reviewers, and has been noted to fundamentally change how the game is played.

Ghost of Tsushima is an excellent action game and its open world is one of the most gorgeous yet.

There is no such thing as a perfect game, but this is one of the best in the genre. If you are into open-world, action RPGs – this is a must. And certainly the best samurai game I’ve played so far.

Ghost of Tsushima has some dull edges, but strikes a lot of highs with its cinematic stylings.