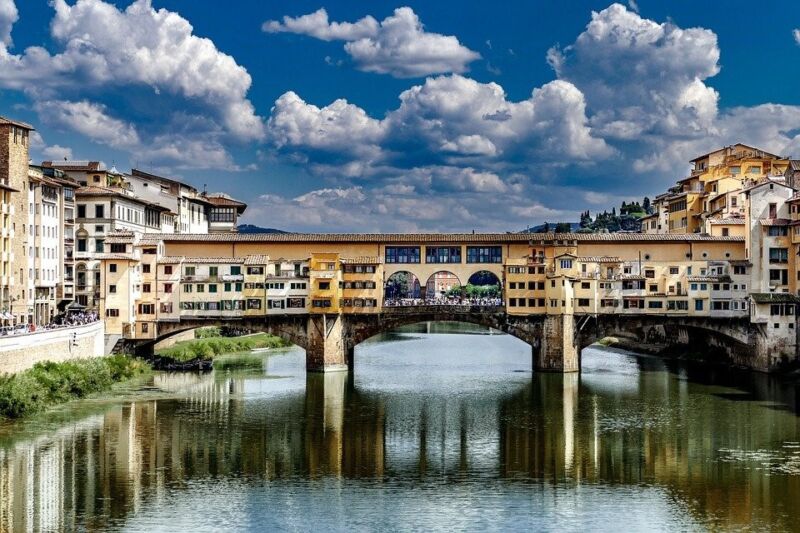 Italy and Tuscany have often provided the backdrop for films and TV shows, not least because of the wonderful contrast between green rolling hillsides and beautiful city architecture.

Films such as Quantum of Solace and Gladiator have touched down in Tuscany at one time or another, whilst the cosmopolitan Milan and historic Rome have also been heavily featured in the past. However, one area of digital media you might not be aware that draws heavily from Italy is video games. Often, video games tend to feature tropical islands, bustling cities in America or some otherworldly backdrop that cannot be attributed to anywhere on earth.

That is not always the case though – plenty of video games have been set in Italy, based on Italian history and even right here in Tuscany. The most obvious place to start with a wander through Italy in video games is Assassin’s Creed 2, a truly amazing game that drew inspiration from the story of the Medici family, whom History.com reports had power and influence in both Florence and the wider Tuscany area.

Released in 2009, the UbiSoft follow-up to their original title was a huge hit. It was not just the story, telling of the fictional character Ezio Auditore da Firenze and his hunt for justice that was a draw for gamers. Renaissance Florence became the gamer’s playground, with accurate representations of the Ponte Vecchio and Cathedral of Santa Maria del Fiore, as well as other landmarks and characters. Such was the success of the title that instead of moving on to the third game, they released Assassin’s Creed Brotherhood and Revelations as part of a trilogy, taking in places such as Venice and Rome. Of course, Rome is another popular setting for video games. Many titles draw heavily on Roman culture and themes for their premise; Caesar III and Shadow of Rome did not just draw from the location but also the character of Julius Caesar.

Caesar is a huge character in terms of pop culture, and his influence has spread across games from the earliest home computers, starting with Legionnaire on Atari in 1982. That’s carried on today, with several slot titles on Foxy Games including themes and imagery around Rome, such as Ave Caesar. Another of their online slots, Wild Gladiators, leads into another core concept for video games, the Gladiatorial events of Ancient Rome. Shadow of Rome, released on PlayStation 2 in 2005, is a classic example of a hack ‘n’ slash Gladiator-style game, but it is by no means alone in that genre. Another popular genre of game, on mobile as much as a console, is that of empire building, something Rome and Caesar are a perfect fit for. Rome: Total War and Rise of the Roman Empire are mobile games you can play on the go, using Rome and the empire as their core mechanic and plot device.

Not all games set in Italy draw from the past for their inspiration. The tales of Agent 47 in the Hitman series ended up as a film and have stood the test of time across several generations of consoles, and they touched down in Italy twice. In 2002, Hitman 2 featured Sicily as its opening level, and 14 years later, in 2016’s Hitman on PlayStation 4, Agent 47 was back in Italy, albeit at the fictional town of Sapienza, which bore a remarkable resemblance to the Amalfi Coast. Other big titles to use Italy as a backdrop include Call of Duty, with seven of their games have featured levels or entire games in Italy. Of course, Formula One games feature the track at Monza, with Imola also popping up on some games. EA Sports title FIFA 23, the final licensed game in the series, has Italian grounds for you to enjoy, albeit just the two; the San Siro in Milan and Turin’s Allianz Stadium.

Whether fictional towns, real football grounds and racetracks or interpretations of historical figures and locations, Italy has had a huge influence on the video game industry and will continue to do so as newer games come out looking to expand and improve on some of those tried and tested formulas.