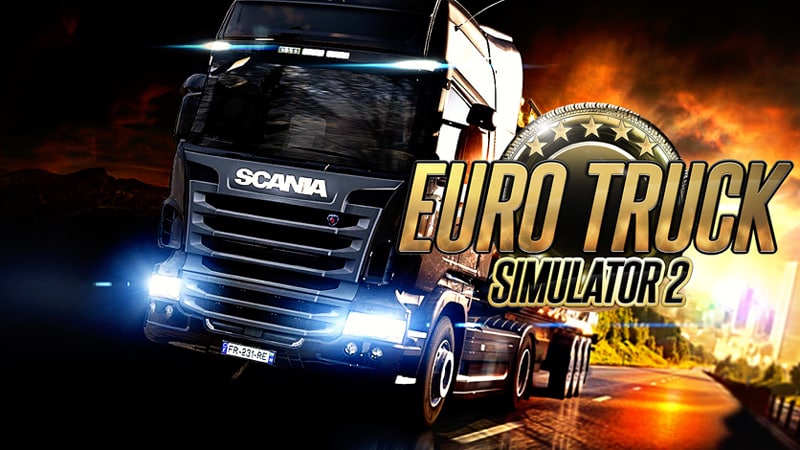 Euro Truck Simulator 2 is a truck simulator game developed and published by SCS Software for Microsoft Windows, Linux, and macOS and was initially released as open development on 19 October 2012. The game is a direct sequel to the 2008 game Euro Truck Simulator and it is the second video game in the Truck Simulator series. The basic premise of the game is that the player can drive one of a choice of articulated trucks across a condensed depiction of Europe, picking up cargo from various locations and delivering it. As the game progresses, it is possible for the player to buy more vehicles and depots, as well as hire other drivers to work for them.

Players choose their HQ’s location in any of the game map’s cities. At first, the player can only take what is known as Quick jobs—these jobs involve making hired driver deliveries while employed by a delivery company, with a provided truck and all expenses (fuel, road tolls, ferry crossings) covered. As the player earns money or takes bank loans, they can eventually afford to buy themselves a truck, acquire a home garage, and start accepting better-paying jobs by using their own truck instead of being a driver for hire with gear being supplied. Money earned in the game can be spent on upgrading or purchasing new trucks, hiring NPC drivers to take on deliveries, buying more garages and expanding the home garage to accommodate more trucks and drivers. The skills of the drivers hired by the player also grow with experience and the player can create a huge fleet of the trucks and drivers expanding the business across Europe.

This game is such a fun game for the simulation lovers,driving around Europe with low fuel,or crashing with cars,or even using the awesome future of putting songs on the radio!

Unexpectedly engrossing. Heed the mockers and youll miss one of the PCs finest and freshest driving games.

The concept and idea of the game actually seems kinda boring. You drive trucks from A to B. What’s so exciting about that?Well nothing. And that’s why I like it. After a stressful day I like to just play this while listening to the in game radio and just relax.