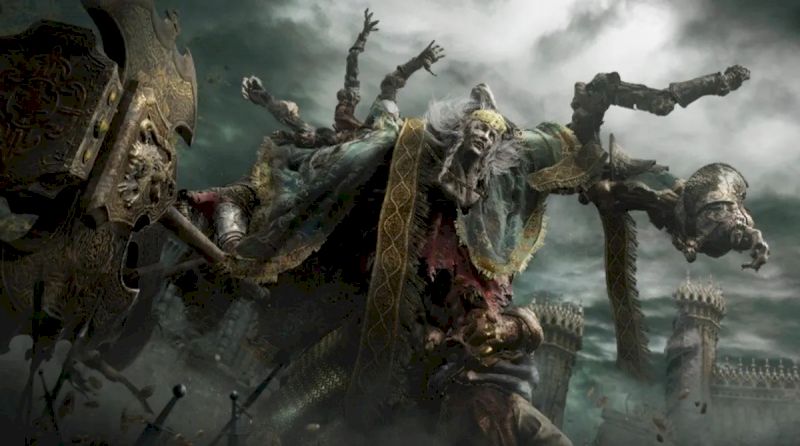 True to FromComfortable type, Elden Ring’s soundtrack is phenomenal, bursting forth throughout boss fights to seize all of the majesty and insanity of the foes you face. The choral components of those tracks are a giant a part of what makes them particular, although I’ve to admit to not having identified the precise phrases to any of them for the reason that Tower Knight in Demons’ Souls (and his banger of a observe, HA-HAHA-HA-HA).

But due to the superb work of Daniel Olmos, we’re beginning to get some extra perception into a few of Elden Ring’s most intriguing characters, as he is begun translating the boss music lyrics from Latin to English on his YouTube channel.

And, unsurprisingly, the lyrics add some depth to those encounters. For the Godrick boss battle, for instance, we hear the deeply insecure runt of the divine litter arguing together with his interior demons, insisting that he is of Godly blood whereas mocking voices scream him down. Here’s a snippet:

“Midget behind all others in stature,

(foreground)Either way I am a God

(foreground) I do not fear the heat of the battlefield

The lyrics to the Godskin Apostles, in the meantime, rant about their anger on the Erdtree and the way they want to drape themselves within the skins of the gods. Yeesh.

There are some huge emotions in these lyrics, and lore-gatherers will certainly begin turning to Mr. Olmos’ channel (who solely began importing these movies just a few days in the past) as an important source of data. Interestingly, he says within the feedback to one of many movies that many of those lyrics are somewhat bit off grammatically, following an English fairly than a Latin sentence construction. Could or not it’s that FromComfortable lower somewhat nook right here and wrote these lyrics with out consulting a Latin skilled?

Olmos’ channel additionally options translations for Starscourge Radahn and the Deacons of the Deep battle from Dark Souls 3, which supplies us hope that this he’ll proceed translating music from throughout the Soulsborne collection, unearthing lore that is been mendacity in plain sight (or, properly, singing in not-so-plain sound) for years.