Elden Ring Sanguine Noble Set Location | How to Get 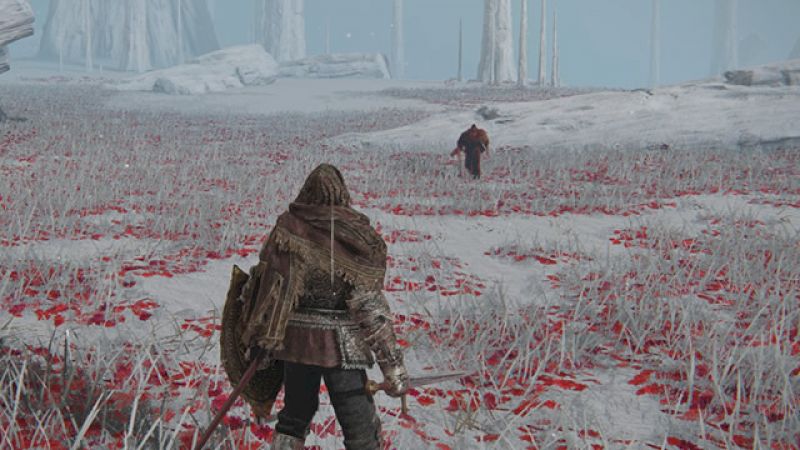 There are so many weapons, goods, and spells to pick from in Elden Ring! However, it can seem a little more constrained on the armour end. Only certain adversaries and objectives will allow you to obtain some of the greatest armour ever created by FromSoftware. However, you will have to look for it! The Sanguine Noble armour set is difficult to get, but it boasts exceptional magic resistance as well as good state resistances to Sleep, Madness, and Instant Death. But where do you go to discover it?

The Sanguine Noble set is obtained by defeating the Sanguine Noble invader in the Mountaintops of the Giants. This intruder emerges between the Grace Sites of the Inner Consecrated Snowfield and the Apostle Derelict. Its position is marked in the map picture shown above. Defeat this intruder to obtain the entire set. However, if you accomplish too much of the Varre questline, this invader may not appear.

To get this set, you must go to the freezing northern limits of the Elden Ring map. To go to this location, you must first pass through Leyndell, Royal Capital. Because entering this area takes some time, this armour set is better suited to late-game adversaries. That, however, is a long-term aim! There are currently no ways to get to this place – without being imprisoned – that will allow you to use this armour early in your run.

The genuine Sanguine Noble set is wonderful, though not physically powerful. Use it as a backup set against foes who primarily inflict magical damage or cause Madness. However, these foes come with a catch: they are inextricably tied to the Lake of Blood and the Mohgwyn Dynasty. Because players who have accomplished much of Varre’s mission have jeopardised the Lake of Blood, this NPC invader may not appear. If you have completed too much of Varre’s quest, you may have to wait until NG+ to obtain this armour.