Elden Ring Pest Threads Incantation | How to Get 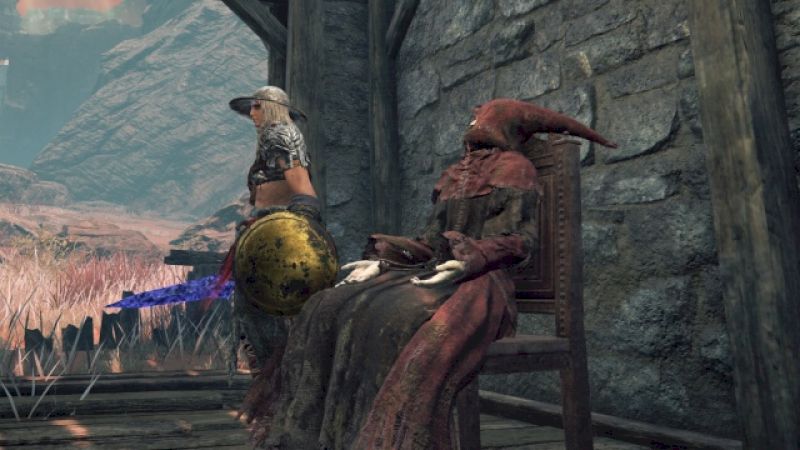 Many of the unique Incantations in Elden Ring are rich in story and should necessitate some extensive travelling to collect. This is undeniably true with Pest Threads, a Servants of Rot spell that generates sticky threads that massively slow foes down. It’s the right spell to utilise if you need to give yourself an extra second of breathing time during a battle. However, as previously stated, this Incantation will assign you to a mission involving two crucial NPCs. We welcome you to continue reading to find out how to obtain the Pest Threads spell.

How to Get Pest Threads in Elden Ring

The Pest Threads Incantation may be purchased from Gowry at his Shack inside Caelid for 7,500 Runes. This is only available once you’ve assisted Gowry in curing Millicent of her scarlet rot ailment. Before you can receive the Pest Threads, you’ll need a few important items for Millicent. You’ll need the Unalloyed Gold Needle, Valkryie’s Prothesis, and a lot of stamina.

How to Use Unalloyed Gold Needle

You must defeat Commander O’Neil in order to obtain the Golden Needle sought by Millicent. This humanoid boss may be encountered in the centre of the Aeonian Swamp. If you defeat him, you will receive the Gold Needle as well as the Commander’s Standard weapon. Return to Gowry once the muck has settled.

The lonely Sage could wish to restore the needle, so take it easy and just speak with him once more. Now that the Gold Needle is ready for use, finish Gowry’s discussion and proceed to the Church of the Plague, where Millicent may be seen sitting weakly against a wall.

Discuss it with her before eventually giving her the needle. She’ll need some time to adjust to the treatment, so give her some space and then return to her. She’ll be standing now, feeling refreshed. She’ll also give you the Prosthesis-Wearer Heirloom, a Talisman that increases your Dexterity.

How to Use Valkyrie’s Prothesis

Return to Gowry’s Shack at this level, where Millicent will now be, but not the Sage. Simply refresh the world with a grace level relaxation to find Gowry back in his chair but no Millicent nearby. Talk to Gowry, and he’ll express his appreciation for Millicent’s service by opening his Sorcery shop. However, Pest Threads isn’t right here, at least not yet.

Travel to the Shaded Castle in the Altus Plateau from here. The Valkyrie’s Prothesis would be hidden within a chest atop the stronghold, guarded by a knight. Once you’ve obtained it, spawn on the Erdtree-Gazing Hill Site of Grace. Millicent might be looking out towards a cliff to the north. Finally, communicate with her in order to provide her with the new arm.

Our search closes with a conversation with Gowry about our attempts to help Millicent. You may then enter his shop and look for the Pest Threads among the merchandise. As previously stated, this Incantation will cost you 7,500 Runes, takes Faith 11 to use, and costs 19 FP to cast. Poison Armament, Poison Mist, and Scarlet Aeonia are also used by the Servants of Rot Incantations.