Elden Ring Collapsing Stars | How To Get 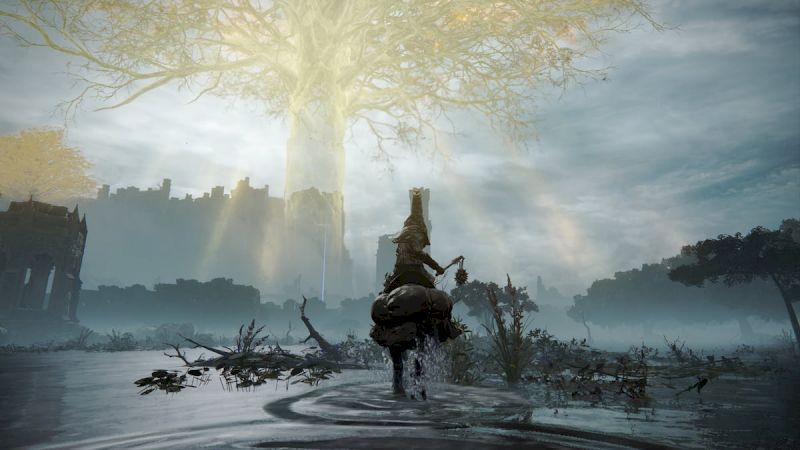 Were you intrigued by Starscourge Radahn’s magic spell while fighting him? You could be in luck because the Collapsing Stars sorcery spell can be found in Elden Ring. It is one of the Gravity sorcery spells that may launch a slew of celestial missiles at your opponents. This spell is far more effective while dealing with bosses and other opponents. So, here’s our approach to obtaining the Collapsing Stars in Elden Ring.

You can discover the Collapsing Stars sorcery spell on the War Dead Catacombs in Caelid. The catacombs are positioned to the acute northeast of Caelid. But to enter these catacombs, you have to defeat the Starscrouge Radahn first.

Once you’ve fought the Starscrouge Radahn, proceed to Caelid’s far north nook. You’ll come upon a cliffside when you pass the Wailing Dunes. Continue down the north route until you come to a door. Enter the War-dead Catacombs dungeon by opening the entrance. Then, descend the steps and proceed straight to find a treasure chest. You could come across a few spirits of Cleanrot Knights and Radahn Soldiers that are willing to fight (until your demise, clearly).

Open the chest to obtain the magic spell Collapsing Stars. As previously stated, it is one of the Gravity Sorcery spells capable of hurling stars to the ground. It has an FP cost of 18 and may be handy during PVP matches. With the 1.03 patch, this sorcery spell, along with Gravity Well and Crystal Barrage, has increased damage. When used, it costs 36 Intelligence and 27 Stamina.