Elden Ring Azur Armor (Best Mage Armor) | How To Get 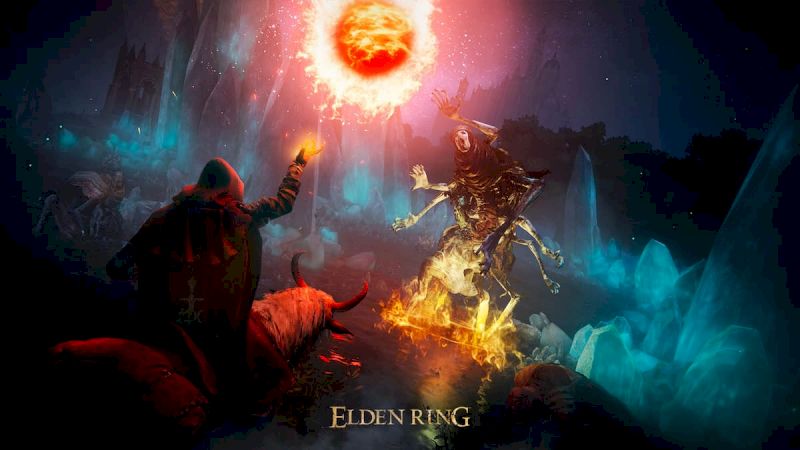 If you’ve developed a Mage build, you’re probably looking for the finest armour to go with it. The Azur Glintstone armour set in Elden Ring is what you need, and this tutorial will teach you how to obtain it.

Azur’s Glintstone armour set consists of a crown, robe, and manchettes. The blue-green hue of the Glintstones sticks out, and the remainder of the suit is composed of a silky cloak, making it a remarkable combination. Fair warning: this is a lengthy questline with several aspects to accomplish in between.

Return to the same location, Waypoint Ruins, and speak with Sorceress Sellen. Once you begin conversing about Master Lusat in Sellen’s Quest, you must now concentrate your efforts on using the Sellian Sealbreaker that she will grant you against the wicked sorcerer. You must now proceed to the location south-west of Fort Faroth. The sorcerer you’re looking for may be found in Caelid’s Sellia Hideaway.

You will need to attack barriers in order to demolish them and progress. At one point, players will see a shimmering wall that they must destroy using the Sealbreaker. Speak with Lusat and obtain the Star of Ruin from him. Return to Sellen. She will now request that you visit the Witchbane Ruins. You’ll find Sellen’s body if you go down through the tunnel-like entrance. She will offer you Sellen’s Primal Glintstone, which you must return to a new body with.

Renny’s Rise is where players may find the new body. Travel quickly to the Main Caria Manor Gate. Kill foes as you make your way to the Three Sisters. When you approach the region with several pillars, hit the earth (which turns out to be fake). It will evaporate, and you will be able to enter. Attack the bogus wall and speak with Sellen. Give Sellen’s Primal Glintstone to her.

It’s time to track down Witch Hunter Jerren in Redmane Castle Plaza Church. You can get there quickly by going to Chamber Outside the Plaza. Defeat Rennala, Queen of the Full Moon, if you haven’t already. When you’re finished, return out the door and look for a gold and red sign. Experiment with the golden symbol.

You will be asked to assist Sorceress Sellen. Now, use Sellen to beat Witch Hunter Jerren and then converse with her. Allow yourself to be in the presence of grace. After all of your efforts, you might be able to get the Azur Armor Set in Elden Ring. Gather the armour set from the location where Azur’s body was located. On your map, it should be labelled Primeval Sorcerer Azur.