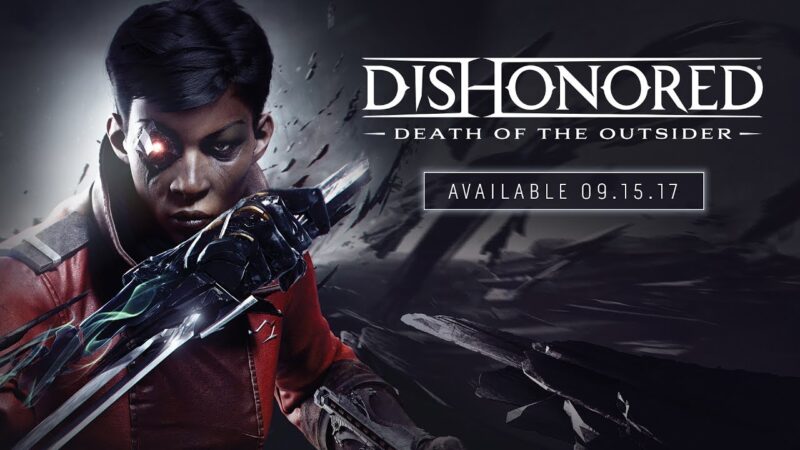 The gameplay is similar to Dishonored and Dishonored 2. The player is equipped with a short sword. If the player sneaks up on a foe, they can stab them to death quickly and quietly. The player has other gear, such as a wrist-mounted crossbow, land mines, and grenades. A new item is the hook mine, which grabs a nearby enemy and knocks them unconscious, or they can be set to kill.

After the first mission, the player gains access to three supernatural abilities. Unlike previous games in the series, the player does not purchase them with “runes”; they are all fully unlocked from the start. These abilities cost energy to use, but unlike in the previous games, the player’s energy regenerates fully on its own; there are no consumables to replenish energy. Lurk’s main mobility power is “Displace”, which allows her to set a marker in the world, and teleport that marker at any time. “Semblance” allows the player to take the faces of living non-player characters (NPCs) and use them as a temporary disguise, though they can only take a character’s face once.

The disguise drains power as the player moves, but not when they are standing still. Using Semblance on specific named NPCs may produce unique interactions. Completing the game unlocks an “original game plus” mode, where the player has access to some powers featured in Dishonored 2. As in the previous games, the player can collect “bonecharms”, which are scattered throughout the levels. Wearing a bonecharm provides minor upgrades to the player’s abilities. During missions, the player may pick up optional “Contracts” at black markets, which are side missions that involve doing tasks such as assassinating another character. In one example, the character is tasked with killing a mime and making it look like a suicide.

Death of the Outsider is a fitting end to a great story that shakes things up but still scratches the Dishonored itch.

Not as consistently intricate or surprising as Dishonored 2, but still a worthy epilogue that adds depth and atmosphere to the series’ world.

In a lot of ways, this stand-alone release’s more relaxed style does more to compliment the series’ immersive sim design compared to its predecessors.