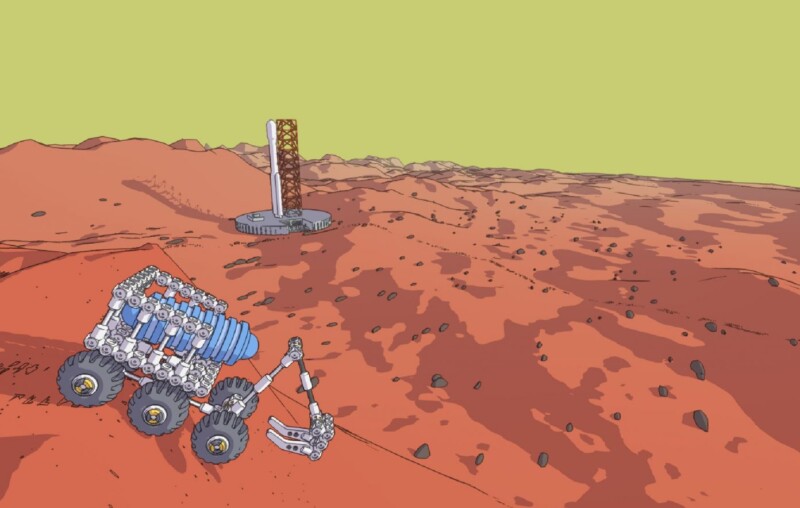 Mars First Logistics is a physics-based, open world simulation about designing your own vehicles to ship cargo across the red planet.

As stated on its Steam page, Mars First Logistics allows players to design, build and control their own mechanical works to transport goods between colonial stations on Mars. As players earn points and unlock new technologies, including servo motors, hydraulic cylinders and rocket engines. With them, players will be able to upgrade their vehicles to navigate difficult terrain and other difficult elements.

The developer says this when drawn comparison with Death Stranding ‘It was certainly an influence. I do remember feeling envious of a lot of the ideas in Death Stranding when I played it, such as how you had to plan your journeys carefully and the way physics was used to make the terrain itself feel dangerous”

However, he clarified that the idea of ​​delivery came from simulation games such as Mudrunner and Eurotruck Simulator. The developer previously tried a similar concept in the free game Red Desert Render, which involved exploring a vast desert environment. It also has the same landscape engine used by MacLarty for Mars First Logistics.

The game has currently can be wishlisted on Steam. On considering early access, MacLarty said, “I think it could be a good fit, though I still need to weigh up the pros and cons, so I’m not ready to make a call just yet.”

“I have quite a bit I still want to do on the game, and I want it to be able to evolve organically. It often happens to me that I discover an interesting idea in the process of making a game and I want to be able to explore those ideas.”