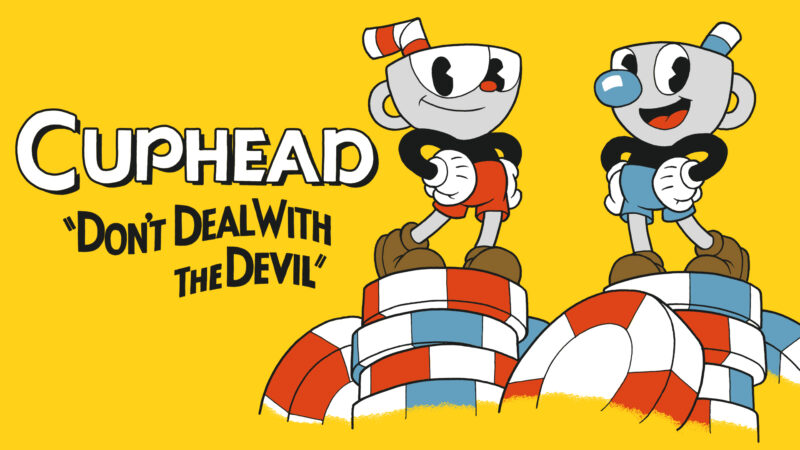 Cuphead’s gameplay is centered around continual boss fights, interspersed with run-and-gun levels. Each of these boss fights and run-and-gun levels is housed in one of four different worlds, with the fourth world containing the final fight against the Devil himself. Each boss fight includes a simple, normal and expert difficulty mode (with the exception of the final two, which lack a simple mode); defeating every boss on normal mode is required to complete the game, while expert mode is unlocked upon completion.

The game also includes role-playing elements and a branching level sequence. Player characters have infinite lives, maintaining all equipment between deaths. Equippable weapons and “Charms,” special abilities, can be purchased from the shop using coins collected from the run-and-gun levels. Player characters feature a parry attack that can be used on certain objects marked in pink, to various effects, the most important of them being increasing a “super meter” that enables more powerful attacks.

As tough as it is beautiful, Cuphead won’t be to everyone’s tastes, but there’s absolutely no doubting its quality.

This game is great. The art, the difficulty that always feels fair, the charming characters and the adrenaline rush of being on a boss’s final stage. It’s great and depending on your skill, you can spend hours playing this game. Good luck.

This game resembles perfection, from its bosses to its music to the gameplay and back. This is a personal child dream come true.