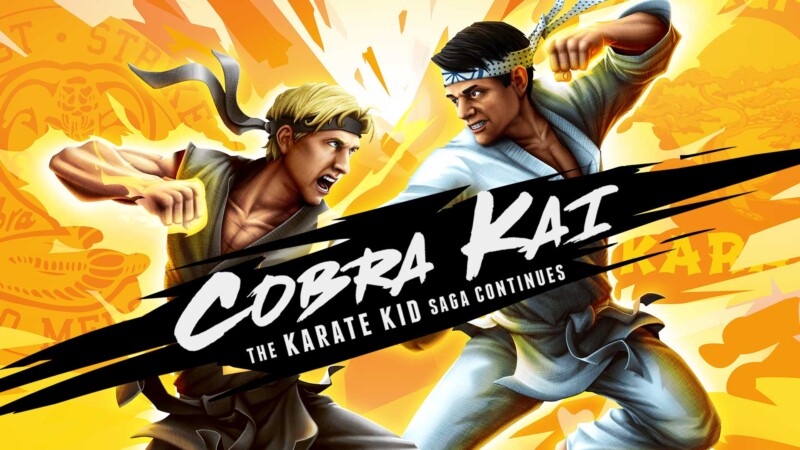 Cobra Kai: The Karate Kid Saga Continues is a side-scrolling beat ’em-up video game based on the American web television series Cobra Kai (in turn based on the film franchise The Karate Kid), developed by Flux Game Studio and published by GameMill Entertainment in North America and Maximum Games in Europe. It was released for Nintendo Switch, PlayStation 4, and Xbox One on October 27, 2020, while a Microsoft Windows version will be released on January 5, 2021. The Nintendo Switch version was released in Europe on November 24, 2020. Ralph Macchio, William Zabka, Jacob Bertrand, and Gianni Decenzo reprise their roles as Daniel LaRusso, Johnny Lawrence, Eli “Hawk” Moskowitz, and Demetri respectively, while the rest of the other characters are voiced by different actors.

Cobra Kai: The Karate Kid Saga Continues might look like a lazy cash-in, but in reality, it’s a strong effort that breezes through the cheesiness of its license by making said honking gorgonzola work for it with its brilliantly evocative ’80s soundtrack paired with a cheeky, silly style to match its cheeky, silly gameplay.

It’s a pretty solid game, filled with a lot of Karate Kid and Cobra Kai references, decent enough beat em up gameplay, an almost addicting skill tree and challenge upgrading system, and it’s probably at it’s most enjoyable playing with a second player.