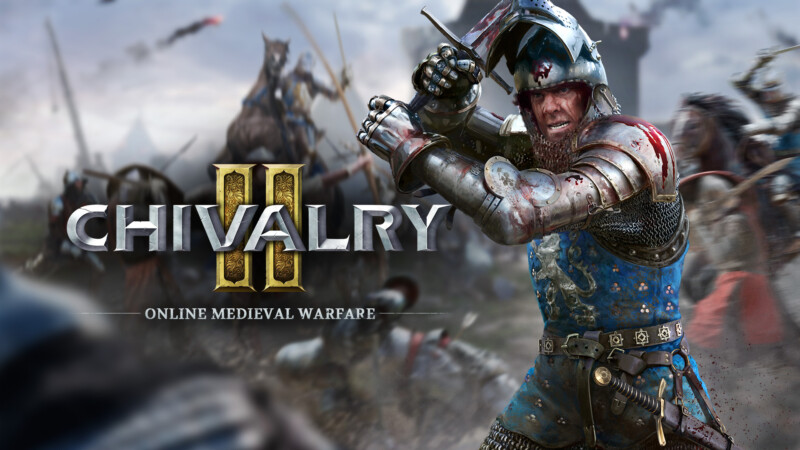 The choice of weapons in Chivalry 2 is not as important as other medieval hack and slash games such as Mordhau. All things considered, everything is very balanced. But of course there are certain weapons that are already among the best in terms of effectiveness and popularity.

Next, we will discuss in more depth the six best weapons in Chivalry 2: Messer, Short Sword, Longsword, Polehammer, Maul, and Halberd. Each of them provides a unique combination of advantages that can make any battle balance to your advantage, whether it’s a 1v1 duel or a chaotic 1vX mosh pit.

Most players agree that Messer is currently the best weapon in Chivalry 2. All attack types of this two-handed sword beast can cause huge damage, and its size is amazing. Messer range means that you will only be clearly defeated by super long weapons like halberds and two-handed spears; otherwise, it is likely that you have defeated the enemy. It is an extraordinary weapon in 1v1 and outnumbered situations.

Considering that it is a secondary weapon, the short sword is very powerful. In terms of damage, it can keep pace with most major weapons. Although its range is obviously insufficient, if the rhythm is in your favor, its speed can even completely overwhelm experienced players. All you need is a punch, and your series of quick stabbings and hard-to-read fake moves can end the battle in a few seconds.

Longsword is a great all-rounder, very close to matching Messer-in fact, close enough that most players are unlikely to feel too much difference in efficiency. The range and damage of the long sword make its stab wounds particularly devastating, but the true power of the long sword lies in its versatility. It is a weapon that can provide you with any attack in any situation.

It is a blunt weapon, which means that it can cause great damage to the Knights and to a lesser extent to the Footmen. The disadvantage is that it doesn’t swing through to hit multiple enemies, which slightly limits its effectiveness in 1vX scenarios. But it is fast, has a long range, and the damage across the board is incredible.

Maulis the slowest and highest-damage weapon in Chivalry 2. This is a very difficult weapon to master, and you will be severely punished for misses; but what saves Maul from mediocrity is that if you hit a hit, you can immediately start the next attack, which means that as long as you connect, Maul doesn’t actually feel that slow. Plus you can shoot twice at any enemy (unless you stab, which will cause less damage), and you have a truly terrifying weapon, especially in the hands of skilled fighters.

According to statistics in the game, Halberd’s reputation is that it is the longest weapon in Chivalry 2. It does pretty good damage across the board, but the real advantage of the halberd is that if you can learn to use its range correctly, it will be difficult for the enemy to narrow the distance between you. It is actually a partitioning tool that can punish players who try to put push you. If you are underperforming in 1vX, Halberd will help you keep your enemies out, so you don’t often feel overwhelmed.