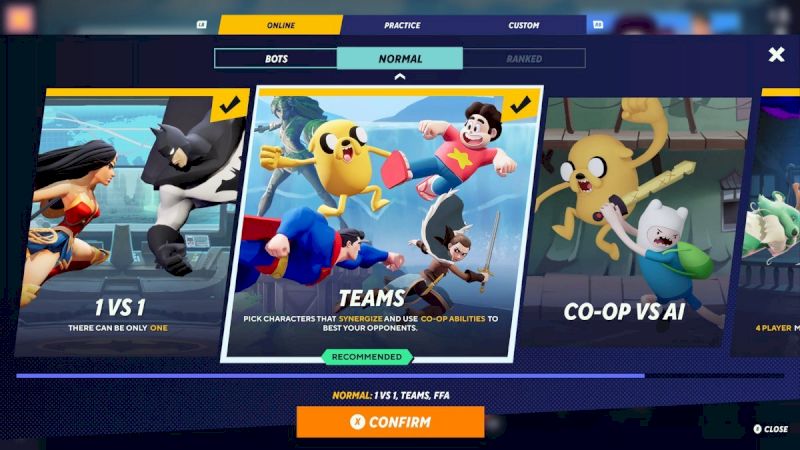 These days, if a major game is releasing on PC then you know that modders are going to try to get their hands on it and make it their own. We’ve seen things like Iron-man in GTA V and Thomas the Train in Skyrim, but is MultiVersus also getting the 5-star treatment from modders yet? The game just came out, so it’s not like there are already a ton of mods created for it or anything, right? Let’s talk about whether or not MultiVersus can be modded and if it’s already gotten its fair share yet or not.

The beta for the all-new brawler game, MultiVersus hasn’t even been out for a full day yet and already players have begun to mod it. Like any good game on PC, there are some pretty unique ways that modders have already turned this game on its head. So yes, this game is moddable and yes, modders have been hard at work to add in their own creative touches.

So far, modders have been reskinning the current characters in-game, adding their own nostalgic childhood characters ranging from films, to shows, and even some from other games. It’s already a plentiful harvest of mods for players to enjoy. So if you thought that having Lebron James fight Shaggy was kind of insane, you ain’t seen nothing yet.

If you head over to the modding community site, GameBanana, you can see a lot of the mods available currently. You’ll find characters such as Pepsiman, Homer Simpson, Walter White, and even Link from Smash Bros. It’s quite a sight to behold, to be honest.

Again, these are reskins of characters, meaning, they take the base character in-game and put a new character model built around how that base plays in-game. For instance, Link replaces Wonder Woman since, like Link, she uses a sword and shield combo for combat. The same thing for someone like Pepsiman, he just replaces what would be Superman in the game.

Something that would be interesting to see is how far modders would be able to go, even past just what we know now. Could there be mods made for the environments in the future? Modders are creative folks who may be able to make something like this happen. This entire game has the potential to be completely reskinned with Smash Bros. content at that point.

Another thing that could be cool would be some inclusion of a create your own character kind of system implemented in-game. This would aid modders even further to bring many more characters to life and to a fuller extent. Seeing how WB has embraced a lot of the memes surrounding its IPs, it would seem that something like this could be in the cards.

Only time will tell how far modders will be able to go with this title and if the publisher and developer play along. Fingers-crossed!

Related: How to Play Online in MultiVersus