Can You Date Dwight and Claudette in Hooked on You: A Dead by Daylight Dating Sim? 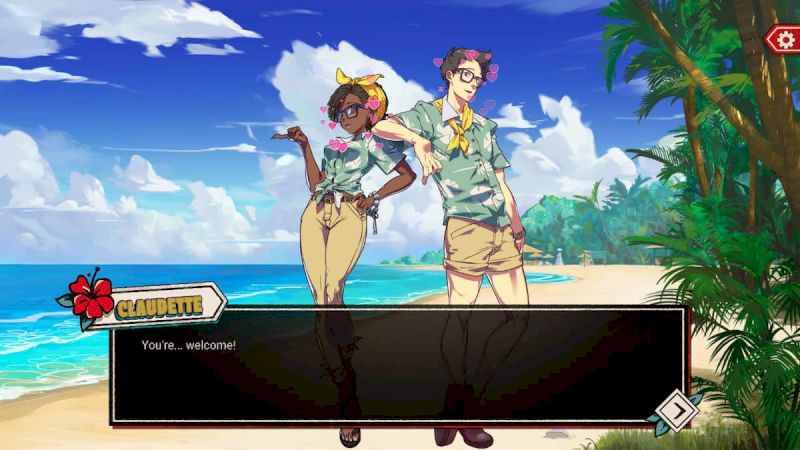 Dwight and Claudette are easily some of the most underrated characters in Hooked on You: A Dead by Daylight Dating Sim. Without them, there wouldn’t even be a game! Dwight and Claudette are the busiest bees on the island and are nothing but helpful and kind to you as you try to survive the traps of death and love on Murderer’s Island.

When you’re stranded on an island full of murderers and psychopaths, who wouldn’t lean towards the only two other (relatively) sane people on the island? Because this is a dating sim (that’s conveniently full of other secrets), it’s hard not to wonder whether or not you can date these two poor souls. This guide will help you finally learn whether or not you can romance Dwight and Claudette in Hooked on You!

Are Dwight and Claudette Romanceable Characters?

Dwight and Claudette are mainly used as a convenient distraction to help move the game’s plot forward; they don’t really ever get to majorly contribute to the plot. Other than giving cryptic clues, helpful hints, and providing quirky comedic dialogue, Dwight and Claudette don’t make much of an impactful appearance in this game. That doesn’t stop fans from wanting to get closer to them, however. Despite the numerous other “secret” routes and endings in this game, you cannot, unfortunately, date Dwight and Claudette in Hooked on You. It’s a truly devastating blow to all fans of these underrated cuties.

Not being able to give these poor, underrated souls the romance they deserve is bad enough, but what makes it worse is that the game knows you want to date them; it rubs your face in it every chance it gets! There are more than a few interactions with Dwight and Claudette that could be taken out of context, but the game blatantly teases you during Trapper’s route by literally saying “too bad you can’t date those two, they seem like they know how to have a good time.” Absolutely merciless. Irreversible damage.

What Characters Can You Date in Hooked on You?

You may not be able to date the overworked, underpaid corporate slaves of Murderer’s Island, but you can date numerous other ethically unstable individuals! The dateable characters of Hooked on You include Spirit, Trapper, Wraith, and Huntress. This may not seem like a lot of options, but each character has two different endings, and you get three entire days per route to spend with the killer of your choice! Who could complain when they’ve got four sexy murderers at their disposal? Besides, the backstory and the lore are the real gems here; getting to date unexpectedly sexy serial killers is just a major bonus.

Related: How to Get All Steam Achievements in Hooked on You: A Dead by Daylight Dating Sim

There are numerous secrets lurking throughout Hooked on You’s purposefully distracting dialogue; you need to play this game multiple times to uncover even half the secrets this game offers! If you’re playing through Hooked on You but are running into issues with getting the endings you want, Gamer Journalist has numerous other guides to help you through this absurdly delightful game!