Call of Duty Modern Warfare 2: Five Ways the Series Can Finally Capitalize on the PS5 and Xbox Series X 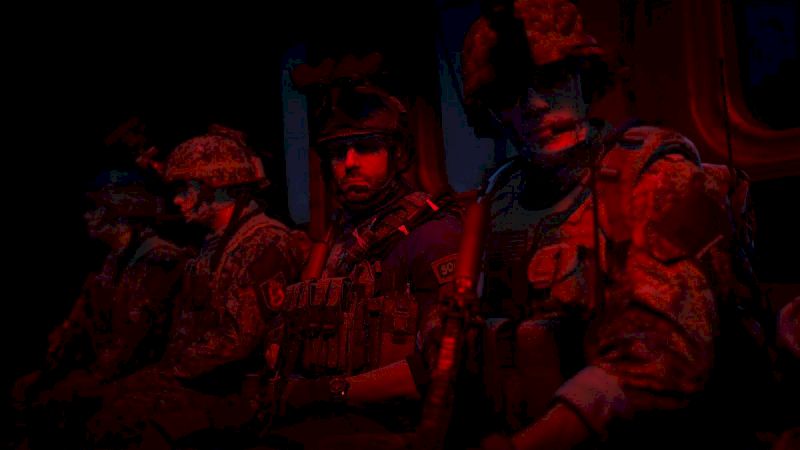 With Activision’s Call of Duty: Modern Warfare 2 and Call of Duty: Warzone 2.0 releasing in just a few months, there’s a lot that is running through players’ minds. When it comes to the expectations of this next generation that the franchise is going there are a lot of opportunities. As thoughts race through our heads on creative ideas that the developers could inject into these two new titles, we think there are five ways that Modern Warfare 2 can finally capitalize on the PS5 and Xbox Series X’s power.

These two new games are to be the first of many titles to run on a single, unified engine. Being that it’s a new engine, there are many possibilities when it comes to just how powerful they can be, especially on next-gen hardware. Here’s what we think Activision could do to really put these new consoles to work.

How Call of Duty: Modern Warfare 2 Can Improve

Smoother Character Animations Than Before

Firstly, with any Call of Duty title in the last decade, character animations during fights can be a bit sluggish. Those in-game cinematic moments when a comrade goes hand-to-hand with an enemy can at times, look humorous. They move at a snail’s pace and I think with this better engine that Activision could iron out their animation movement a bit more, making them smoother and life-like

Though we’ve already seen a snippet of Call of Duty: Modern Warfare 2’s campaign gameplay during the Summer Games Fest this year, this isn’t the game’s final form. This title could really put both of these new consoles’ power to the test by pushing the boundaries of what players are expecting through lighting, shadows, and textures. The last few Call of Duty titles have looked phenomenal which means that Activision is really going to want to show this engine off in the best way possible, by blowing those other titles out of the water visually.

Something shown off and spoken about when Activision brings up Warzone 2.0 is the return of dynamic maps. We’ve seen something like this in titles such as Call of Duty: Ghosts but it was more a gimmick than anything else. This title and Warzone 2.0 both have the opportunity to include truly dynamic maps that can turn the tide of battle in a real way. Dynamic brings the idea that no two matches would be the same, and that should ring true in the final product.

Let Warzone 2.0 Off Of Its Leash

Multiplayer and more specifically, Warzone are best when they’re filled with hectic moments; enemies from all sides shooting at you as you weave and slide your way into cover while explosions are going off from distant fights. What better way to utilize this new engine, specifically for next-gen hardware, than to allow Warzone 2.0 to be the ultimate sandbox of craziness complete will destructible buildings, dynamic weather, and mid-match interactive moments similar to the Nakatomi Plaza in the Verdansk map?

Prioritize The Next-Gen Experience of Call of Duty

The only way that Activision can really make this engine, Warzone 2.0, and most importantly, Modern Warfare 2 work the best is by prioritizing next-gen consoles. Warzone has had visual hangups due to this exact issue and it would be in the games’ best interest to allow previous-gen consoles to play but to limit their experience with visual nerfing and gameplay differences. Call of Duty has done something like this in the past with 2015’s Black Ops 3 when players were still coming off of the PS3 and 360. While that example is a bit outdated, EA has done something similar most recently with Battlefield 2042, limiting some of last-gen’s gameplay capabilities.

No matter what Activision and its developers do, Modern Warfare 2 and Warzone 2.0 are going to be easy sells for hungry CoD players. But if they have the foresight to learn from previous missteps, then these two games are set to be some of the best CoD titles that players have ever seen.

Related: Is Call of Duty Coming Back to Steam with the Release of Modern Warfare 2?