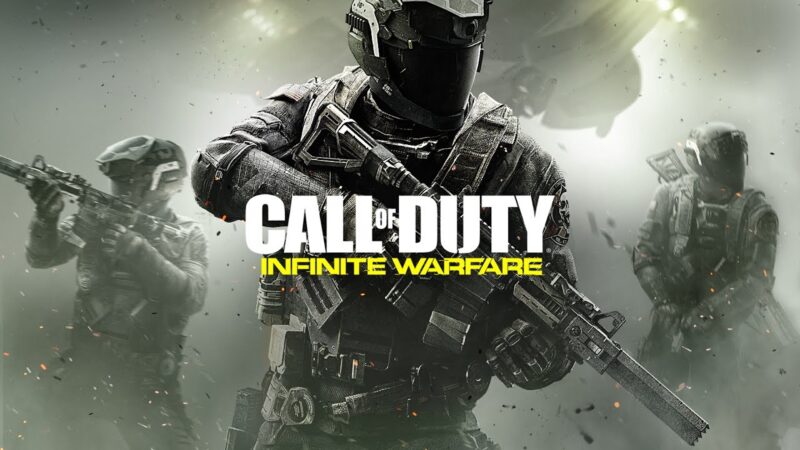 Similar to the previous games in the series, Infinite Warfare is a first-person shooter. As the game introduces a new setting, outer space, new gameplay mechanics, such as zero-gravity environments, are included.Players are equipped with a boost pack, and a grappling hook, which allow players to move in these zero-gravity environments easily. As the game is set in space, players can visit different planets, satellites and asteroids in the solar system.

Assuming control of Captain Nick Reyes, a Tier 1 Special Operations pilot, players engage in aerial combat with enemies using his transforming fighter, the Jackal. Aerial combat is not on-rail, as players can freely control the Jackal with few limitations. According to Infinity Ward, both space combat, and the franchise’s signature “boots-on-the-ground” gameplay are the game’s key focuses, Transition between space combat and boots-on-the-ground combat is seamless with no loading screen.

Despite its shift to interplanetary combat, this year’s Call of Duty is a generally fun but inessential shooter.

A beautiful action movie that punishes improvisation, with under-populated multiplayer that can’t compete with a nine-year-old game.