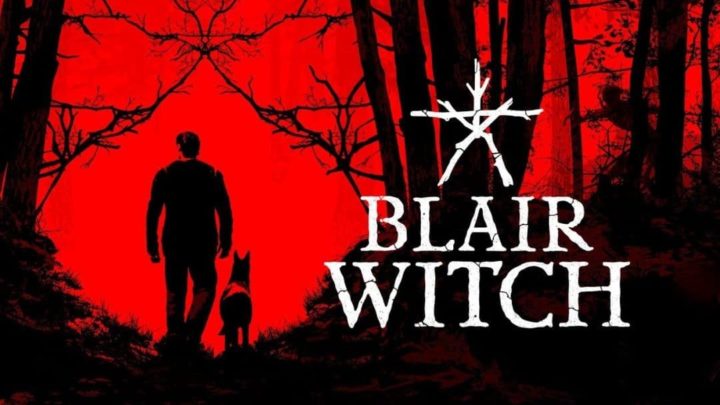 Blair Witch is a psychological survival horror video game developed by Bloober Team based on the Blair Witch series of horror films. It was published by Lionsgate Games for Microsoft Windows, PlayStation 4 and Xbox One on August 30, 2019. The game is set two years after the events of the 1999 film The Blair Witch Project, which takes place in 1994. The game follows former police officer Ellis Lynch as he joins the search in Black Hills Forest for a missing boy.

The game plays out in a semi-open world, making players explore different parts of the areas which can sometimes lead to abandoned structures, campsites or little crevices that only Bullet can access. Along the way, they will find items such as wooden dolls, polaroids of missing people, dog tags and psychiatrist notes which are stored in the backpack. Also stored in the backpack are dog treats which can be fed to Bullet. Sometimes, areas can be blocked off by a log or a door and are only accessible by solving a puzzle or by collecting several items that opens or operates for example, a steam donkey. It may also require the player to find cassette tapes. There are two types; red and blue. The red tape allows players to manipulate and rewind time to move objects that have been locked or moved in place, while the blue tape tells more of the story. These tapes can be accessed via the camcorder.

Blair Witch is a harrowing walk in the woods that deserves a spot in the horror game pantheon alongside Amnesia, Silent Hill, and their like.

Just Finished it wasn’t too bad not great, A bit short with a few original tricks (dog, camera), not very scary, overall an ok game.

Great story line. I liked that it is a completley different experience from the movies although tied in here and there and the dog companion was seriously soooo unique. scary, immersive, and smart.