Billy Kametz, JoJo’s Bizarre Adventure and The Rising of the Shield Hero Star, Dies at 35 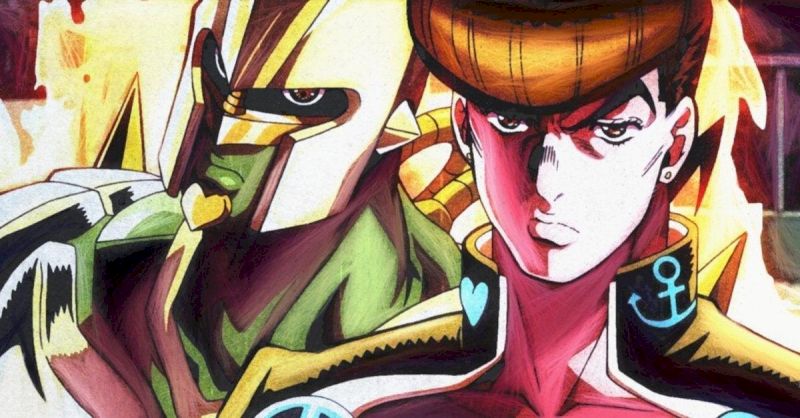 Billy Kametz, who anime followers may need heard because the voice behind JoJo’s Bizarre Adventure’s Josuke Higashikata, The Rising of the Shield Hero‘s Naofumi Iwatani, Promare‘s Galo Thymos and extra, has sadly handed away on the age of 35 following his struggle with stage IV colon most cancers. Kametz revealed the information of the extreme analysis with followers earlier this Spring, and had famous how he was starting therapy and moving ahead with the chemotherapy course of. Unfortunately an update on Kametz’ GoFundMe web page has revealed the worst as organizer behind the web page, Jinnie A. McManus revealed that Kametz had handed earlier within the week.

“This isn’t the update I wanted to write. Billy left us earlier this week. I ask that you forgive the slightly delayed update as we worked to notify loved ones first,” the update started. “I am going to close this GFM formally on Tuesday, June 14, to allow for final thoughts and donations. Anything contributed that wasn’t already used for Billy’s treatments will go toward his celebration of life and funeral. The family would equally love contributions to the Colon Cancer Coalition in Billy’s honor if you prefer that.”

With super and heartbroken remorse, we should inform you of the passing of @BillyKametz. Please see his obituary: https://t.co/uKFSt28pXi pic.twitter.com/73fPZoCAmV

“Most importantly, I hope you know how appreciated you all were and how much strength you provided. Billy and I would regularly share thoughts of disbelief and joy at the outpouring of generosity you all gave him,” the assertion reads. “Know that he left this world peacefully, knowing how loved he is and always will be. I miss my friend terribly. But it comforts me that his legacy will continue with his work and all of the fans who are even now discovering what an extraordinary man he was.”

The obituary for Kametz is as follows, and you’ll find extra right here. “Billy P. Kametz, 35, of Middletown, entered eternal rest on Thursday, June 9, 2022, at M.S. Hershey Medical Center. He was born on March 22, 1987 in Lancaster and is the son of William and Cheryl (Sartori) Kametz. Anyone who has met Billy will tell you he is one of the most sincere, humble and loving people they have ever met. His infectious personality and smile always lit up a room with so much joy and happiness. Billy always left a positive impression on anyone he came in contact with.

His love for his family, friends and girlfriend was always most important to him and that love will carry on forever. Billy, a voice actor, was well known for many roles including Josuke Higashikata, Naofumi Iwatani, Galo Thymos and Ferdinand von Aegir. Billy had dreamed of becoming an actor since his early childhood. He got his break with Disney as part of the entertainment staff on the Disney cruise line and later moved to California when he was offered the role of Aladdin in Disneyland’s Musical Spectacular…His love for his work as an actor and unforgettable voice will continue to entertain fans and always be remembered. Billy was always most gracious towards all of his fans and appreciated the opportunity to do something he loved so much each day.”

Our ideas and condolences are with Kametz’s household, associates, and family members on this powerful time. If you want to assist Kametz’s GoFundMe, you’ll find it right here.