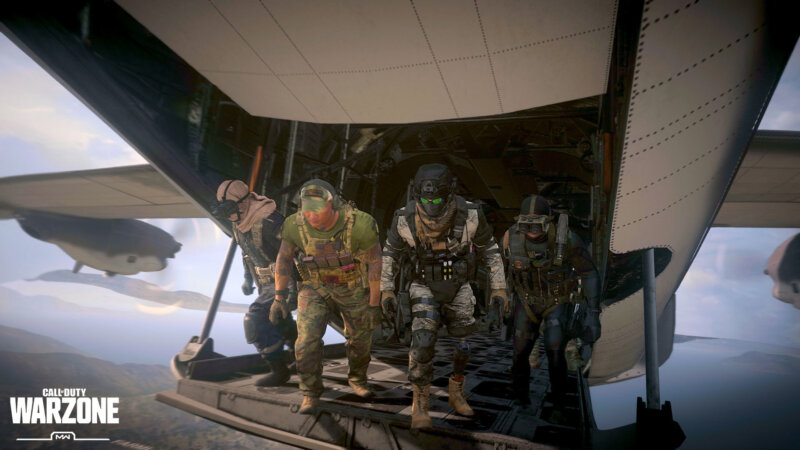 Sniper rifles dominate “Call of Duty: Warzone” and its vast landscape dotted with rooftops. They always have, and always will be, thanks to the invaluable trait, that is, a single head shot from a bolt-action sniper rifle is guaranteed to kill the enemy. So the question is: which sniper rifle do you have to use to get the perfect headshot?

LW3-Tundra has one of the fastest bullet velocities and is the best in the new straight-up sniping. Previously, LW3-Tundra encountered bullet velocity issues, but some have been resolved.

Now the LW3-Tundra is the best sniper in Warzone, thanks to the wrapped suppressor’s and extremely reliable 29.1” Combat Recon barrel.. Compared with HDR, it has faster aim-down-sight time. The speed of the bullet makes it the best sniper in the game.

With a 26.9-inch HDR Pro barrel, HDR provides a very powerful option for heavy snipers. Last year, “Battlefield”, as a remote option, is still very feasible. Of course, some folks claim it’s been overshadowed by LW3-Tundra, but it’s still pretty cruel, and if you’ve gotten used to HDR in the last year on Warzone, it’s still very viable as a long range option.

Really, this is the purpose of a sniper rifle. They will not be expelled soon, nor will they be expelled often. They are there to eliminate the threat before it ever becomes a gunfight, and HDR is still a powerful rifle for this purpose.

The AX-50 provides a smoother and faster driving ride than its larger HDR counterpart. This is a more forgiving rifle, simply because if you miss the shot, you can fire another one faster than HDR. But like I said, this advantage pales in comparison to the advantage of bullet drop.

But the AX-50 has another trick: reducing recoil. You may ask, why is recoil from a sniper rifle important? Because it will affect the target hit of the rifle and affect the speed and accuracy of the rifle returning to its starting position. This means that when using the AX-50, the chance of losing the lens after launch is less than when using HDR. It’s still not enough to compete with the HDR Pro cannon, but still, many gamers still committed to the AX-50, so don’t underestimate it.

If the maneuvering speed of the before mentioned snipers is a bit slow, you may want to use the Pelington 703. You will need to equip this tool with accessories that increase the speed of the bullet (such as a Wrapped Suppressor and 27.2″ Combat Recon Barrel) and various accessories that help with mobility. In fact, when it comes to the Kar98k, it will be hard to beat, in pure quick-scopign , so unless you desperately want it to work, marksman rifle may be more suitable for you.

In another semi-automatic sniper rifle story, this weapon defeated Dragunov because it was able to make a one-shot headshot in a battle zone. But beyond that, it has encountered difficulties in all other areas. First of all, your bullet speed is too atrocious, which means to be on the ball for getting those tiny little headshot windows on enemies, which means you have to use props to upgrade it. This means that you cannot use accessories in other areas to make weapons more mobile, so in the war zone the M82 is generally a difficult time.

Its rate of fire is not fast enough to be comparable to the DMR 14, so it is usually a better candidate for your gun slot. M82 is good in some respects: bullet drop. Although the speed is very slow, when the bullet is fired, the bullet hardly falls from the sky. Of course, the speed of the bullet means you have to shoot forward anyway, but this is an interesting niche to consider for this weapon.

With its unique explosive and thermite round attachment, it only takes a few shots to lay waste on the vehicle. But when it comes to fighting players, Rytec is lacking compared to other bolt-action snipers.

The problem with Rytec is that thermite and explosive rounds can greatly reduce the speed of the bullet, which means that it is difficult to shoot the player from long range. But without these rounds it’s just a sniper rifle with extremely high recoil between shots. You can use the right combination of accessories to minimize this recoil, but your ADS speed will be very bad. It gets to the point where you’d just be so much better off with almost anything else.

Dragunov can be a powerful weapon in real life, meaningless in a war zone. Of course, it defeated the rate-of-fire fellow sniper rifle, but the fact remains that Dragunov cannot deactivate a heavily armed enemy with a single shot, making it much less powerful than threat eliminator like HDR or AX -50.

In sniper combat, the effect is even more complicated, when two teams fire at each other hundreds of meters from a single ceiling. Having to expose yourself in time to take two, three, four or four shots is not enough, when the enemy’s Tundra-Wielder only needs to land one shot to finish the battle. In the current version, it really doesn’t make sense to take Dragunov above any other sniper rifle.