Best Conan Exiles Mods and How to Install Them 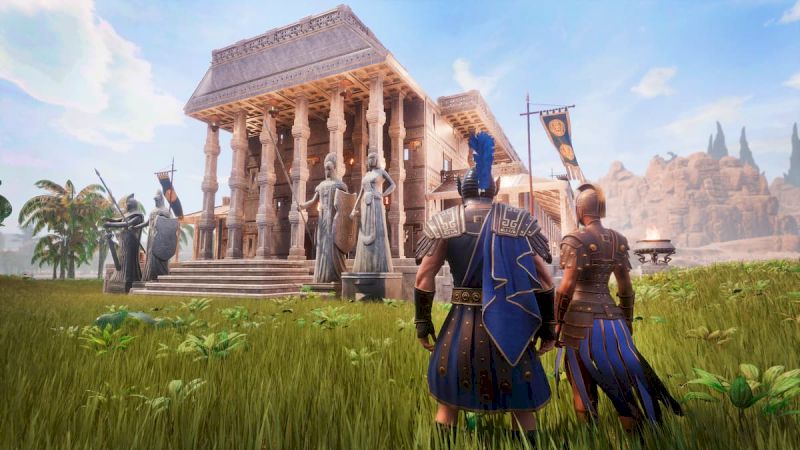 Conan Exiles is a massive open-world game that knows no bounds, providing countless hours of exploration and adventure. That being said, there are still ways you can make the game even more exciting and immersive through the use of mods. Which are designed to adjust the gameplay and alter certain in-game features.

In this guide, we’re going to break down some of the best Conan Exiles mods and how to install them.

Before we dive into our list of the best Conan Exiles mods, you’re probably wondering how to download these mods. Well, thankfully Steam has made the process incredibly easy, all you need to do is:

Once you’ve logged back into Steam, the new Conan Exiles mods should now be available to play. You can then apply these mods by going to the main menu in Conan Exiles, selecting the “Mods” option and placing whichever mod you want to activate into the “Active Mods” list.

At the time of writing, Conan Exiles mods are only available for the PC version of the game. Meaning that those with a PlayStation or Xbox will not be able to take advantage of any of the mods mentioned below.

Without further ado, here are some of the best Conan Exiles mods:

The first Conan Exiles mod you need to explore is a character mod, which essentially alter certain cosmetics or abilities of your character to create a more enjoyable experience. With Elite Conan, you will be able to double the level cap of your character, which means that players can now reach level 100. Even though some people consider this mod to be a tad overpowering, since you’re essentially turning yourself into a god amongst men. It’s a fantastic way to experience the game without limitations.

Infinite Weight is another character mod but this time it alters your storage capacity by allowing you to carry as many items as you would like at once. Let’s be honest, it’s easy to get overwhelmed with the sheer amount of gear and cosmetics to choose from in Conan Exiles. So, with this mod you can carry all of your favorite items with you wherever you go. The majority of players find it most useful for building since they can carry all of the necessary supplies without having to store them anywhere else first.

Another exciting Conan Exiles mod you need to get your hands on is the Immersive Animations mod. Which introduces a series of new animations to the game designed to make everything feel more realistic. Both NPCs and players will now be able to make use of these animations in a natural way to help make the game feel more immersive. Plus, you can even pick and choose which animations you want added to the game as well as the ones you feel you can live without.

Our next addition to the list is a building mod, which are designed to change the game’s core building and crafting mechanics. With Pythagoras, players will be allowed to adjust the dimensions of their build and create more elaborate structures without being restricted by certain limitations. This means that you can adjust the the corners and slopes of any build exactly to your liking.

This next one is sort of a cross between a character mod and a building mod, since it allows you to change your character’s appearance after the initial creation phase. This is a highly underrated mod because almost everybody can benefit from it. Quite honestly, I think we’ve all experienced creating a base character in a game, only to realize halfway through that you hate everything about them. Using ReCustomize, you can alter your character’s appearance at any point in Conan Exiles.

Similar to ReCustomize, with the Beyond Limits mod players will be able to further customize their character in the most outlandish ways imaginable. Want to turn your character into a 10-foot tall giant? Maybe an eerie Gollum-like creature? This mod really pushes character customization to the limits, and provides far more creative freedom than any other building mod in the game.

Next, we’ve got the Building Unlimited mod. At first glance, this might seem similar to Pythagoras but it’s far more grandiose. Using this mod, you will be able to create absolutely massive and jaw dropping structures without any limitations. Meaning that you can truly get as creative as you want to form just about anything your mind can conjure up.

Another incredibly underrated Conan Exiles mod is the Teleport Stone mod. Which adds a fast travel system to the game, allowing players to travel instantly to anywhere on the map. This is an exceptionally useful mod for almost everybody because it saves you invaluable time by removing the need to journey everywhere on foot. Sometimes you might still want to wander aimlessly into the abyss, but the Teleport Stone provides the option to travel wherever you need to go in seconds if you so choose.

Next up we’ve got our first gameplay mod, which are designed to alter the core gameplay rather than the building or characters mechanics. With NPC traders, players will now find various traders spread out across the map as opposed to needing to travel to a larger village or city to find one. This can save you tons of time because you likely won’t need to venture as far before coming across one, since NPC traders can now pop up in even the most unlikely of locations.

Lastly, we’ve got the Predators mod, which is one of the more exciting and unpredictable mods in Conan Exiles. With Predators, any wild animals you come across will now stalk and attack other NPCs or players on sight. Meaning that they will no longer be honed in on you specifically, but rather whoever else might be in the vicinity. Ultimately creating a far more realistic and vibrant world to interact with.

That concludes our guide of the best Conan Exiles mods and how to install them. Before you go, be sure to check out some of our other Conan Exiles content here at Gamer Journalist. Like how to turn off the opening cinematic or where to find Black Ice in Conan Exiles.