How to Beat World 1 in Frogun 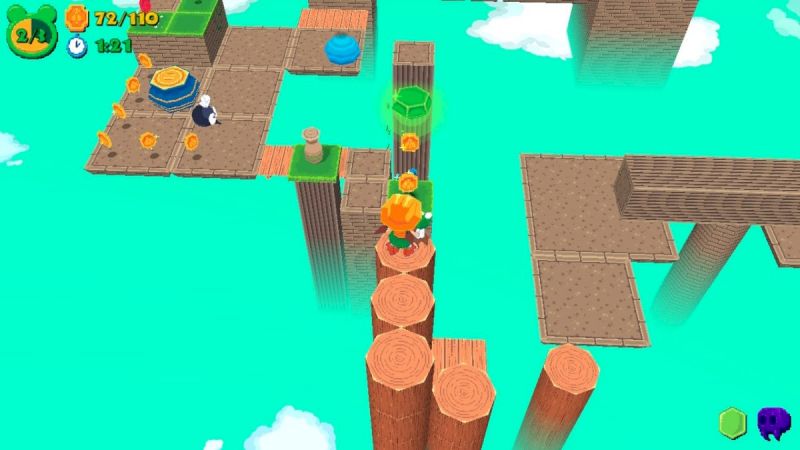 Frogun is a beautiful new platforming game that takes the nostalgic style of 90s platformers and brings it to modern gaming. With coins to collect, enemies to bounce on, and a plucky hero ready for anything, this title has it all for those hungry for a taste of their childhood. Though, for players unfamiliar with platformers of the 90s, this game can be a bit daunting at times. What with its checkpoints, instant death moments, and tight platforming, there are sure to be folks having a hard time on World 1. No worries though, because we’ve got you covered. Let’s explain how to beat World 1 in Forgun.

Before going too far, it’s important to note that while there are many, many different kinds of collectibles to gather in Frogun, they are not a necessity in proceeding through the game. These are strictly for getting a full completion by the end of it but can be avoided entirely if that is what you wish.

Now that we’ve gotten that out of the way, we can get into how to actually make it through World 1 and onto World 2. As far as this world goes, it’s pretty tame once you get the hang of things. You’ll want to utilize jumping on top of enemies because this is the best way to dispatch them as opposed to shooting things at them with Frogun.

Additionally, Frogun can be a valuable asset in saving you if you think you’re going to fall off of your platform, as I would blindly shoot ahead of me and get zipped to the next platform if there was a wall. Another part of this game that can become challenging at first is the fact that falling off of the map or dying completely by enemies can start the level over entirely.

Luckily, checkpoints are introduced after level one and make things a lot easier. My suggestion to those collecting everything would be to do as much as you can before using checkpoints because of the fact that there are really only one, maybe 2, in this first world.

The first few levels are pretty good if you just take your time and don’t worry too much about dying. Things can get a little odd though once you meet a kid named Jake on level 5. You have to race him to the end of the level but it’s pretty easy to do so, again if you just take your time. He isn’t that fast, though he can hurt you if you bump into him so it’s best to keep your distance or take alternate paths.

Once you’ve completed the first 5 levels, then you get to take on the boss on their own level. The first half of it is a platforming section just like the others, but the second half is where the real fun begins. It’s a big red spikey bubble monster that bounces in the air and then tries to drop on you and smashes the ground. Not only do you have him trying to attack you, but there is falling rubble that can also hit you.

Avoiding this creature is very easy, so long as you keep your distance. The method of killing this boss is to wait for them to attack, miss, and then become dizzy. You’ll then be able to use Frogun by sucking up a fly that falls from the sky and shooting it at the boss. Do this about 4 or 5 times and you’ll beat them. Once you’ve finished the boss level you’ll be allowed to enter World 2 and gain access to a health upgrade.

That’s all there is to beating World 1 in Frogun. During the first world you’ll find many helpful hints from Frogun, so utilize those as well if you become stuck. The best advice I can give is to just take your time with this one and you’ll have a great time.

Related: What are Coins Used for in Frogun