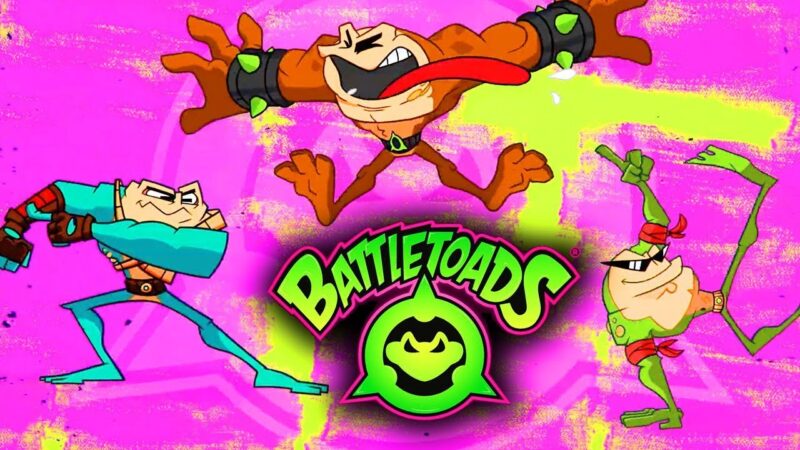 The wait is over! Rash, Zitz and Pimple are returning at last to smash-hit their way through an all-new action-packed adventure of choreographed chaos, and couch co-op may never be the same again. 1-3 players will take control of the Battletoads and team up to storm through wild and unpredictable stages with only one rule – expect the unexpected. Teamwork makes the dream work in a drop-in, drop-out gameplay blast, filled with over-the-top gameplay moments that anyone can enjoy, but only a True ‘Toad’ can master. With a unique hand-animated cartoon style and packed with memorable characters and locations, the Battletoads are back for a larger-than-life brawl across the universe that promises to be fun alone, and unforgettable together.

Battletoads not only revives the long-dormant beat ’em up franchise, it makes it fun to play for everyone instead of only ultra-hardcore masochists. And if they made a TV show about these hilarious characters, I’d watch it.

This is the game you show your kids before you show them the real stuff. Then they tell you they liked the new one better, and you have to disown your kid because they have no culture.