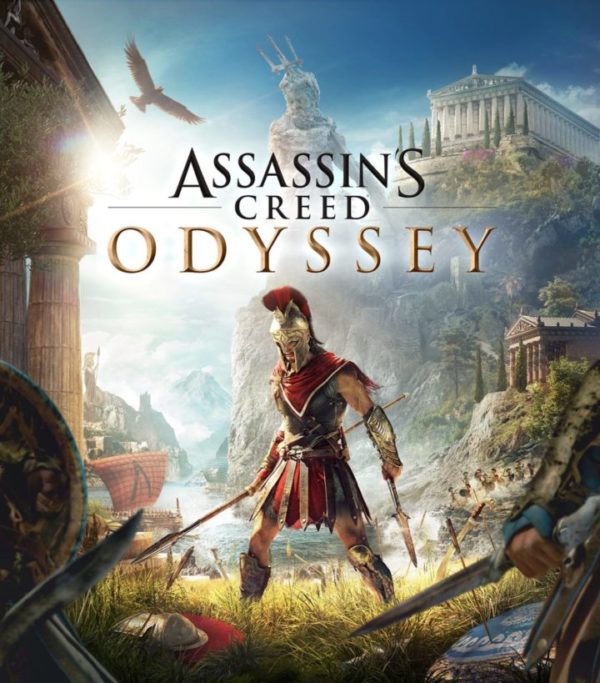 Assassin’s Creed Odyssey places more emphasis on role-playing elements than previous games in the series. The game contains dialogue options, branching quests and multiple endings. The player is able to choose between siblings Alexios and Kassandra as to whom they use as the main character. The game features a notoriety system in which mercenaries chase after the player if they commit crimes like killing or stealing in the presence of others.

The player character is a Greek mercenary and a descendant of the Spartan king Leonidas I. They inherit his broken spear, which is forged into a blade to become a weapon that grants the player special abilities in combat. The game uses a skill tree system that allows the player to unlock new abilities. The three skill trees are “hunter”, which focuses on ranged attacks through the use of a bow & arrow, “warrior”, which focuses on weapons-based combat (swords, spears, axes etc.), and “assassin”, which focuses on stealth and silent take-downs. This replaces the system used in Origins, which granted the player a series of passive abilities.

Assassin’s Creed Odyssey’s open-world adventure through ancient Greece is a gorgeous thrill, and the best the series has ever been.

Perfects everything Origins did and enhances them in ways you never thought an Assassin’s Creed game could. Odyssey has it all.

Assassin’s Creed Odyssey features a rich, lush world lessened by its repetitive activities. Though the main story is compelling, completing it requires you to participate in a massive amount of level grinding through less-than-stellar side quests. There’s plenty to do in this world, but a lot of it feels like busy work that fights to stay exciting or compelling. Odyssey is yet another open world game that misinterprets the meaning of more content.