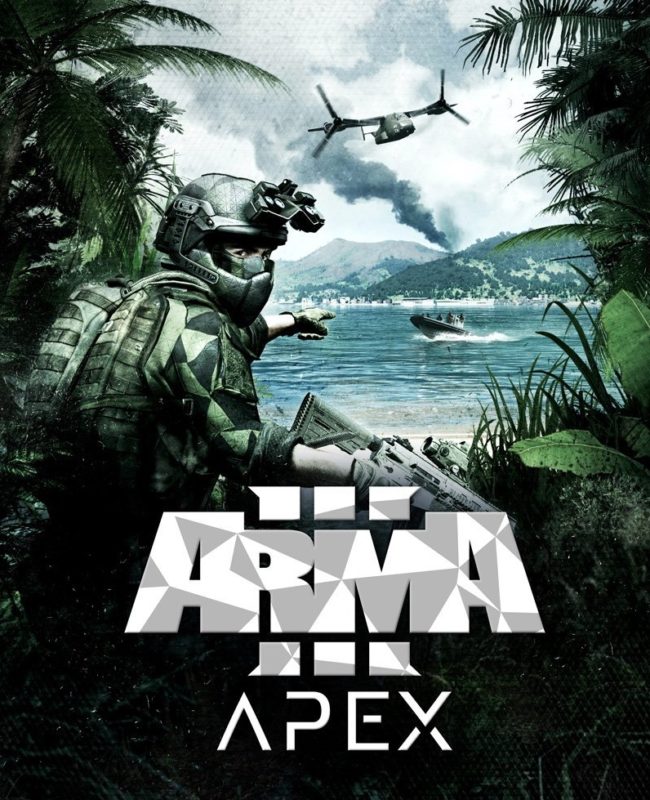 Enlist for active duty with Arma 3 Apex and be deployed to a brand new warzone. With its distinct geographical features, the South Pacific island archipelago of Tanoa introduces fresh opportunities for all types of combat operations. Engage in Arma 3’s tactical gameplay, where movement, shooting, and teamwork truly matter, and make use of new vehicles, weapons and gear to overcome the challenges of a hostile foreign terrain. The Apex expansion represents the pinnacle of over 15 years of Arma development. Enjoy one of the most meaningful gaming experiences on PC; feel the adrenaline-rush of a hard-earned victory, discover a continuously evolving platform packed with official and player-created content, and join one of thousands Arma community groups to meet new people from across the world. Authentic, open, and diverse – this is the PC’s premier military game at its finest. Welcome to Arma 3 Apex!

This is for Arma 3 and DLC combined. Simply the best tactical shooter on pc, the attention deficit shooters like CoD and Battlefield drove me to this and boy it didn’t disappoint, complex and difficult to get used to but it rewards you massively. Especially with Mods like ACE, RHS and the plethora of maps!

Gives a ton of stuff, however most things are just reskins of already existing weapons and vehicles. Tanoa is a good map, and is very different to Altis, Malden and Stratis, however, even so, I haven’t spent much time on it other than on some random servers. New missions also exist, I guess.