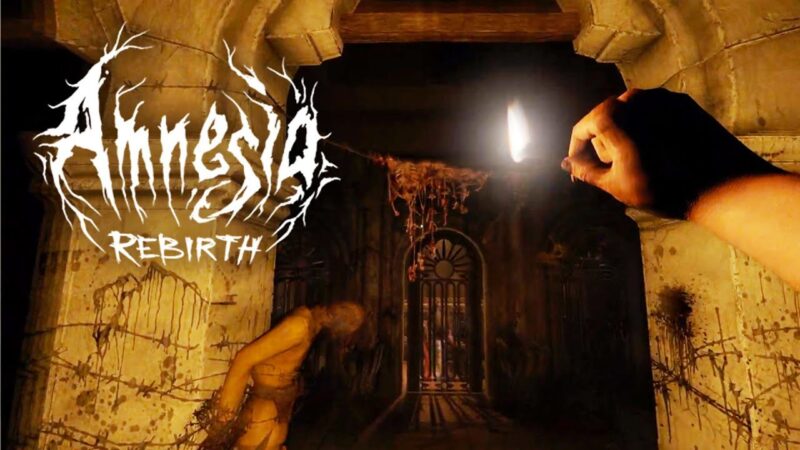 Like The Dark Descent, the game is played from a first-person perspective. The player assumes control of Tasi Trianon, who must wander through desert caves and ancient tombs in order to find the whereabouts of her companions. The game is dimly lit, and players must use light sources, such as Tasi’s own fuel lamp, to see clearly and find ways to progress. Players can also scavenge matches, which can be used to light up mounted torches and candles. Players also need to solve various puzzles to progress in the game, and read the notes left by non-playable characters to know more about the story.

Like the first game, Tasi’s fear level would build up gradually. Fear would overwhelm Tasi when she walks completely in the dark, causing her to hallucinate and hear whispers in her head. Grotesque images will also pop up in the screen. Solving puzzles, hiding from monsters, and managing light sources can control her fear, preventing such from happening. The game does not feature any combat system and when Tasi encounters a supernatural creature, she could either run or hide. Unlike the first game, when the player is killed, the game would not reload an earlier save point. Instead, it will bring the player a bit forward, allowing the player to skip the monster encounter entirely during the player’s second attempt.

A brilliant tale of terror, even if the ride is a little old and clunky.

Amnesia rebirth is an atmospheric, haunting, horrifying game. to its credit it develops an identity separate from the previous game, as well as Soma, while still sustaining Frictional’s trademark mixture of emotion and god-like intellectual estrangement.

It pains me not to recommend this title, it really does. I had high expectations, and even pre-ordered this, as I’ve done with other Frictional Games titles. Having played all of FG’s horror games, this is probably my least favorite.