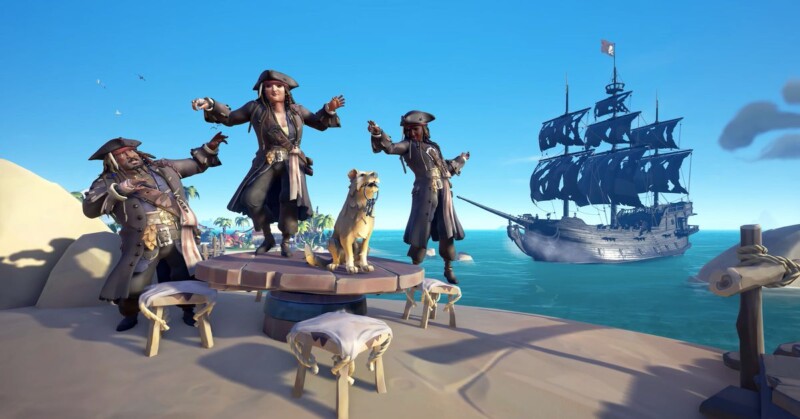 Sunken Pearl Journal 1 – ‘A Run of Good Luck’ – In the Spire, Sea of ​​Thieves players need to be vigilant when entering a tall room with three siren statues. On the right side of the mermaid statue, and further to the left, there are some pieces of wood. Behind them is the first Journal.

Sunken Pearl Journal 2 – ‘An Ancient Mystery’ – Once the siren puzzle is solved, the water will rise enough so that the players leave the room. Before that, players should look around the room for some red rocks. Unfortunately, there is no hidden chest of sorrows to explain the water level, but to the right of the rocks it will be the second Journal.

Sunken Pearl Journal 3 – ‘Unwanted Company’ – This Journal can be found shortly after opening the Citadel door. It has five jewels on its head. There will be two large shipwreck piecesin front of the player, and the leftmost structure contains the third Journal.

Sunken Pearl Journal 4 – ‘From Bad to Worse’ – This is discovered shortly after the last Journal. After leaving the previous room, Sea of ​​Thieves players should find themselves in a new room with three siren statues. There is a hole in the back right corner of the room, and an opening will be exposed downstream. The Journal will mention a huge shipwreck.

Sunken Pearl Journal 5 – ‘Don’t Look for Us’ – This last journal is probably the hardest to find. Once in the big room of Citadel, the player must know when to use the pulley. Using it lowers a piece of the shipwreck, and players can use it as a platform to jump off nearby cliffs. Following this path, the player will find himself at the top of the largest hull with a hole on the deck. The Journal is on the lower level of the magazine, at the top of a box in the corner.