All Psi-Powers in Biomutant explained 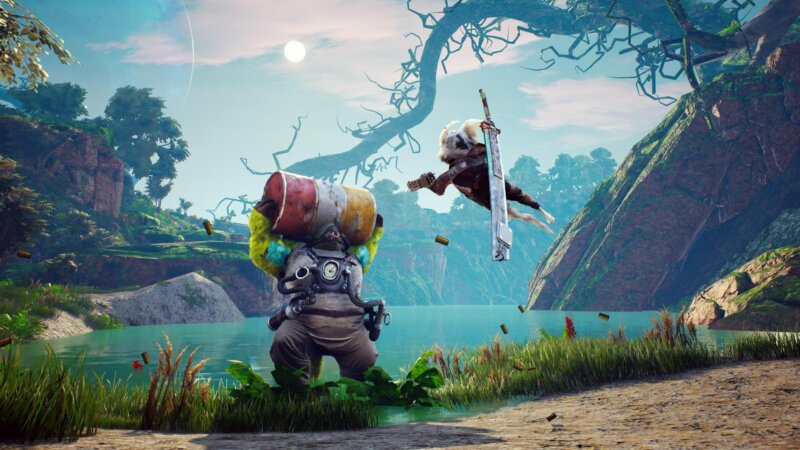 The open-world RPG Biomutant take players into a combat tree for all short-range and long-range weapons. In addition to melee and long-range combat, Biomutant also has PSI-Powers, which is a mutation ability that can be unlocked with enough Psi points.

Psi points are obtained in Biomutant by helping captives or interacting with PSI shrines. Although some powers only require points to unlock, other powers are locked by the Aura score. This means that the Psi point will release these powers only when the character is at the appropriate dark/light level.

As expected by the RPG that focuses on combat effectiveness, players are provided with a variety of Psi-Power. Some can be combined with other Biomutant weapons and abilities, while others use natural forces to strike directly on the battlefield. In any case, this is a reduction of all psi powers in Biomutant.

Blaze – Launches the player forward, leaving behind a trail of fire.

Sizzle Ball – Throws a ball at enemy in the direction the player is facing, inflicting damage on hit.

Freeze – Create an effective area of ​​freezing effect, causing cold damage to the enemy and making the ground slippery, causing the enemy to slide on it.

Spark Ball – Throw a ball at the enemy in the direction the player is facing, causing damage on the hit. (This feature is only unlocked in the Psi-Freak category.)

Levitate – It allows the player to levitate and allows him to continue to use ranged weapons and other skills.

Telekinesis – Picks up an moving object or enemy, with the same input being used to throw it away.

Ki Spark – Shocks all foes in front of the player, with the same input being used to stop it.

Skyspark – An airstrike ability which activates an impact marker for the player to confirm on the map.

With so many abilities that players can unlock, not to mention the entire Biogenetics ability tree, players may want to spend some time on Biomutant. Although all the degrees of freedom are provided, it is worth trying to build in subsequent games instead of trying to reach all the bases at once.