All Characters in Raft and How to Unlock Them 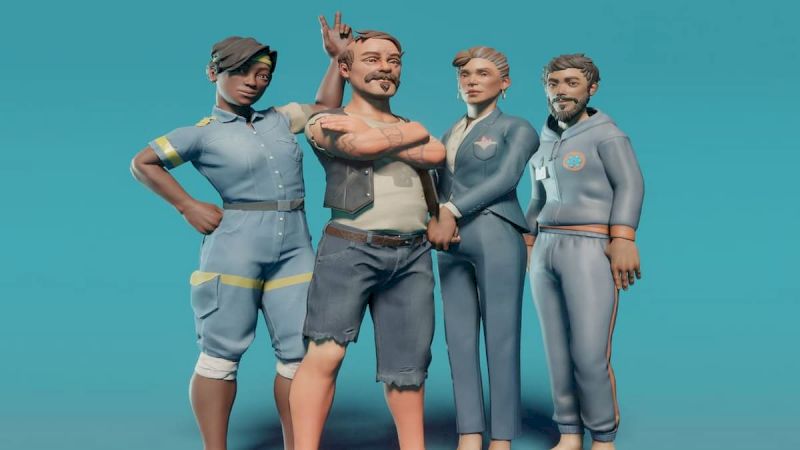 When you get stranded at sea, you don’t get to choose who you spend your time with. I’m sure the Skipper would’ve rather been on an island with anyone besides Gilligan, but Gilligan’s who he got. In that same vein, there are a few different characters you can bring aboard your floating home in Raft. Here are all the characters in Raft and how to unlock them.

A quick clarification before we start: while these characters look different and have different voices, there are no practical differences between them. Unlocking the other characters won’t change your game in any functional way, merely give you some different options as far as appearance is concerned. With that squared away, here is the list of characters in Raft:

Rouhi and Maya are the default male and female player characters, respectively. They’re both unlocked at the start of the game, and you’re free to choose which one you want to play as.

Tala is a mechanic, so it makes sense she’d be hanging out in a place with lots of technology and gizmos. You can find her in a small room located at the very top of the Radio Tower, reached with a Receiver, though you’ll need some jumping skills to get up to her.

As a biker and a tough guy, it’s only right Johnny would be on an island with a tough name. Johnny can be found on Balboa Island, specifically inside Relay Station 6 at one of the island’s higher points. You’ll have to climb a narrow staircase outside to reach him.

Elaine is an executive, and a bit overdressed for what we’re going through here. As an important person, she’s in an important place: the Bridge of Tangaroa, launched into the ocean after entering the code in the Main Tower. She’ll be sitting in a chair on the top floor, which you can drop into from the roof.

Shogo is a scientist, which means he’s most comfortable around advanced machinery. Shogo can be found in the Selene Research Facility in Temperance. You’ll need a key and a blowtorch to get in there, and you’ll also need to solve puzzles in the Laboratories to access the Reactor Room. Past that, you’ll find a cryo-chamber room covered in snow, which is where Shogo is hanging around.

Related: How to Make Trash Cubes in Raft

When you find one of these characters, just interact with them to unlock them. Generally speaking, you’ll stumble onto most of the characters as you make your way through Raft’s story. If you’re ever in doubt, just stick to the script, and you’ll be pointed in the right direction.